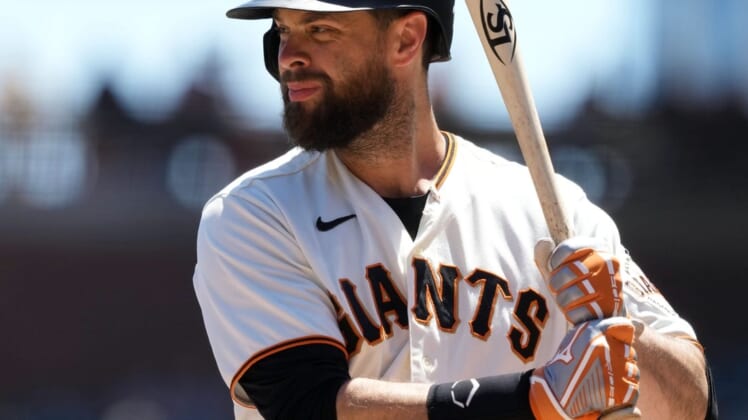 The 34-year-old veteran acknowledged that his chronic right knee injury could be career-threatening.

“This one is barking a little bit more,” said Belt, who has had multiple surgeries on the knee. “There’s just not a lot more they can do. They’ve literally done everything, and they can’t figure it out. I’m not sure there is anything that can be done.”

Belt is batting a career-worst .213 with eight homers and 23 RBIs in 78 games this season, his 12th with the Giants.

The Giants recalled outfielder Bryce Johnson from Triple-A Sacramento in a corresponding transaction.

Johnson, 26, made his MLB debut on Aug. 3 and was hitless in four at-bats over four games. He is batting .287 with five homers, 29 RBIs and 27 stolen bases in 80 games at Sacramento this season.