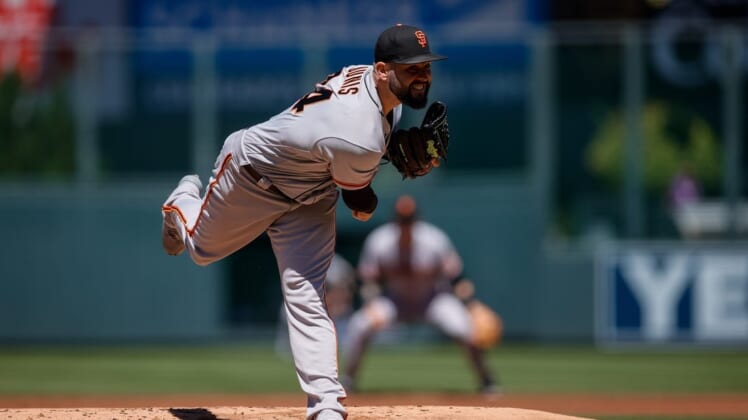 Evan Longoria hit a grand slam among his three hits, Austin Wynn had two hits, and the San Francisco Giants beat the Colorado Rockies 9-8 in 11 innings in Denver on Sunday.

Dominic Leone (4-4) pitched one inning of relief and Zack Littell got the final three outs for his first save.

The Giants took a 2-0 lead in the second. Longoria doubled, Thairo Estrada reached on an error, Brandon Crawford drove in Longoria with a single and Wynns singled to left to bring home Estrada.

It stayed that way until the fifth inning when Colorado got to starter Jakob Junis. Hilliard singled to right and Serven hit his sixth homer to left to tie it at 2-2.

San Francisco broke the tie in the seventh inning. Mike Yastrzemski led off with a single, Austin Slater doubled and J.D. Davis walked to load the bases.

Longoria homered on the next pitch from Kyle Freeland to give the Giants a 6-2 lead and end Freeland’s day.

Montero led off the bottom of the seventh with his fourth home run. One out later Hilliard’s line drive hit Junis, and after he threw to first for the out he left the game.

He allowed three runs on five hits and struck out six in 6 2/3 innings.

The Rockies struck again in the eighth. McMahon doubled, moved to third on a groundout and scored on Blackmon’s single. Grichuk then homered to center, his 13th, to tie it at 6.

San Francisco scored twice in the 10th on an RBI single by Estrada and a run-scoring double by Wynns to lead 8-6. Colorado tied it in the bottom of the inning on RBI singles by McMahon and Blackmon.