Giants outfielder Joc Pederson to have MRI on groin 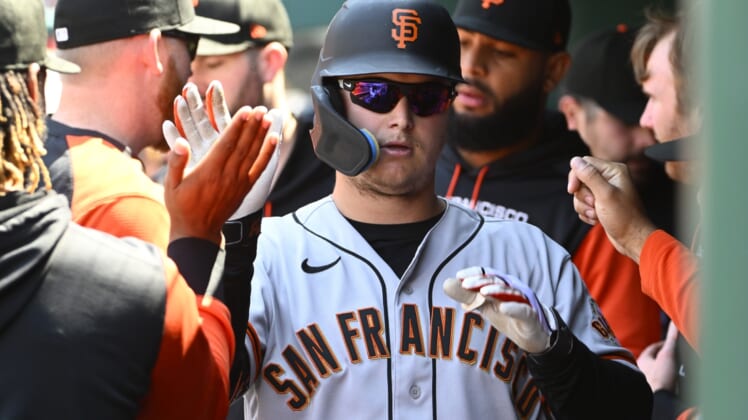 San Francisco Giants outfielder Joc Pederson will have an MRI on Thursday after exiting Wednesday’s game with tightness in his right groin.

Pederson, who is batting .353 through 16 games, was injured while running to second base in the third inning of the Giants’ 1-0 loss against the Oakland Athletics.

“I was trying to get in the way of the throw and took a bad step and just felt a little bit of tightness in my groin,” he told reporters after the game. “I kind of just took a weird step at a weird angle and it tightened up.”

Pederson, 30, leads the National League in slugging percentage (.745) and has six home runs with 10 RBIs during his first season with the Giants.

He signed a one-year, $6 million deal with San Francisco in March.