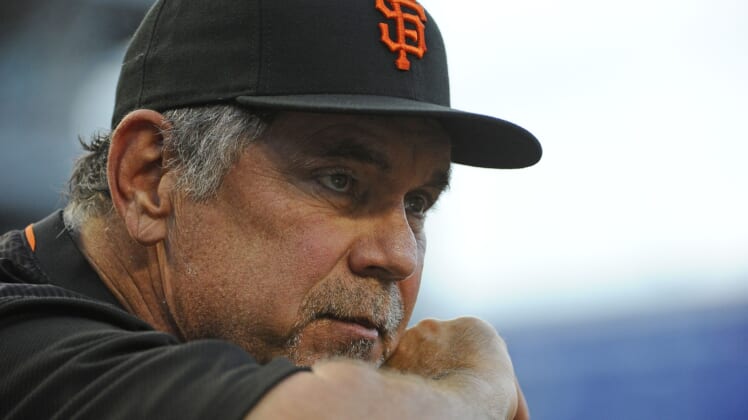 San Francisco Giants manager Bruce Bochy is retiring. He informed his players Monday morning that the 2019 MLB season will be his last.

Bruce Bochy is retiring at the end of the 2019 season. He told his players during a meeting this morning.

Shortly after the news broke, Bochy himself spoke on the matter.

Bruce Bochy announces he will retire after the 2019 season pic.twitter.com/TWiBLgL3Oh

During his decade-long playing career, Bochy had 802 career at-bats and hit .239 with 26 home runs.