New York Giants tight end Kyle Rudolph was activated off the physically unable to perform list after passing his physical on Wednesday.

He is expected to participate in practice Wednesday, albeit on a limited basis.

Rudolph, who joined the team as a free agent, had foot surgery after team doctors discovered the injury in a routine physical before signing his two-year, $12 million contract.

The 31-year-old Rudolph recorded 28 catches for 334 yards and one touchdown last season with the Minnesota Vikings. 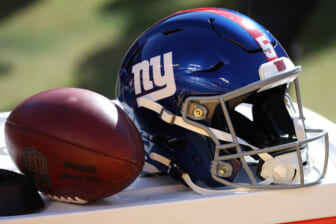 Rudolph played his first 10 seasons with the Vikings, earning two Pro Bowl selections and catching 453 passes for 4,488 yards and 48 touchdowns in 140 games (132 starts).