Giants GM seems to take a shot at Ben McAdoo 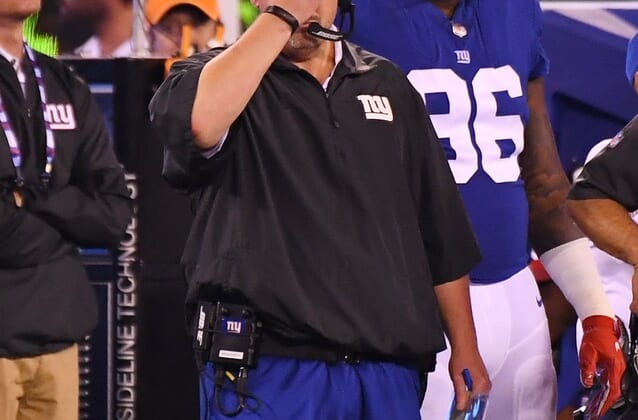 New York Giants general manger Dave Gettleman never worked with former head coach Ben McAdoo with the organization. He was hired after the team fired McAdoo 12 games into the 2017 season.

This doesn’t mean that Gettleman lacks the understanding of what ultimately cost McAdoo his job after less than two full seasons as the Giants’ head coach.

In talking about the hiring of Pat Shurmur to replace McAdoo on the sideline, Gettleman zinged the Giants’ now former head coach.

“I really believe the head coach job for the New York Football Giants is a job for an adult, and Pat is every bit of that,” Gettleman said, via Calvin Watkins of Newsday. “I’m just real excited. We’ve had some great conversations, and he’s got a great sense of humor and I’m just excited about where we’re going.”

Notice the use of “adult” there? It wasn’t the last time Gettleman would make that point during his discussion about the hiring of Shurmur.

There were obvious issues with both McAdoo’s lack of maturity and some rather large rifts with players on the Giants’ roster.

Sure Gettleman didn’t mention McAdoo by name here, but it’s readily apparent what he meant.