Giants get receiver back, lose two for season during bye week 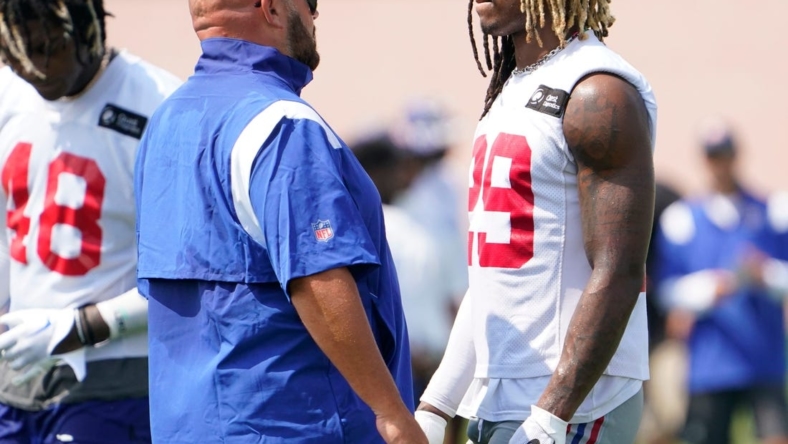 The bye week was painful for the New York Giants.

Safety Xavier McKinney is out for weeks with a hand injury suffered while on an ATV tour during the week off and the Giants also lost defensive tackle Nick Williams in a more traditional method; he suffered a torn biceps at Seattle before the bye week.

“I feel bad for Xavier. Disappointed that he got injured. And he’ll do everything he can do to get back and be ready to go,” Giants head coach Brian Daboll said. “I feel bad for him. I feel bad for us. I know he’s disappointed. But we can’t do anything about that now.”

Daboll said Tuesday the Giants also confirmed cornerback Aaron Robinson (knee) would be out for the season. He was injured in the Week 4 win over the Chicago Bears.

McKinney, the team’s defensive co-captain and on-field play caller, was placed on the non-football injury list and cannot return before Dec. 11. Daboll said he would miss at least the mandatory four games but wouldn’t disclose the nature of the injury incurred while riding an ATV in Mexico.

The Giants did get some potential good news with wide receiver Kenny Golladay back at practice. Golladay, the purported lead receiver for the Giants, last practiced two days before New York beat the Bears (Week 4) due to a sprained knee.

Offensive guard Shane Lemieux, the starter on the left side, has been out with a foot injury since Aug. 11 but was able to practice Tuesday. The Giants are likely to take their time with Lemieux, who started in 2020 as a rookie and suffered a knee injury in 2021.