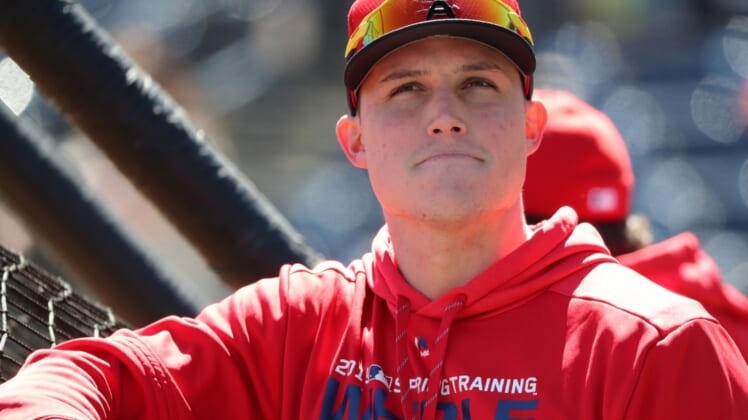 The San Francisco Giants named outfielder Drew Robinson to their Triple-A roster, a year after he lost his right eye in a suicide attempt.

The Sacramento River Cats open their season on Thursday in Las Vegas with a six-game series against the Aviators in Robinson’s hometown.

Family and friends will be on hand at Las Vegas Ballpark, where Robinson worked out after he decided to give baseball another try following the April 16, 2020, suicide attempt in which he shot himself in the head.

He required four surgeries, including the removal of his right eye, ESPN said.

“My first games back, after everything that’s happened, are at home in front of all the people that got me through my incident and this last year as a whole? It feels like I’m living out a movie,” Robinson, 29, wrote on Twitter. “I really can’t believe it and have a hard time putting it into words how much this means to me, my family, my circle of people, all the doctors that put me back together, and the doctors that work with me on a weekly basis.”

Robinson was a fourth-round draft pick by the Texas Rangers out of Silverado High School in Las Vegas in 2010, and he toiled in the minors until 2017.

The Giants signed Robinson in January 2020 as a free agent after the Cardinals released him. Impressed by his workouts at minor-league camp this spring, the Giants assigned him to Sacramento. He’s converted to the outfield from the infield.

Robinson, who continues to undergo therapy, has a bundle of emotions about his second chance.

“Plenty of times I went down the road of not thinking it was possible and this I was wasting my time,” he wrote. “But here I am, getting ready to play another professional season, with an astronomical amount of meaning attached to it. This is so much bigger than me. I’m excited, nervous, empowered and more importantly, ready for a magical experience.”