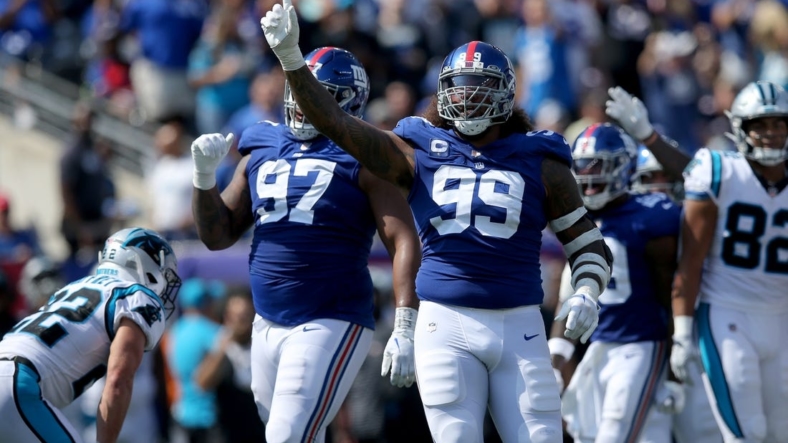 New York Giants defensive lineman Leonard Williams is having an MRI on his knee Monday, but the eighth-year player is optimistic he avoided a major injury.

Williams left Sunday’s game in the third quarter of the Giants’ win over the Carolina Panthers and did not return. Panthers OL Taylor Moton fell on Williams’ leg. Williams was in a brace after the game.

“Don’t think it’s going to be too bad,” Williams told reporters afterward, adding that he would have an MRI on Monday.

Williams had two tackles before departing and played in 59 percent of the snaps. He’s beginning his third full season with the Giants after playing four-plus seasons with the crosstown Jets. He made the Pro Bowl in 2016.