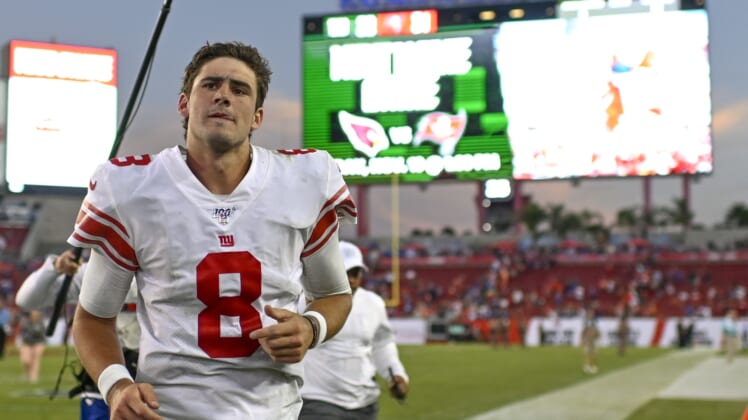 The New York Giants needed their mistake-prone rookie quarterback to do something late in Sunday’s game against the Chicago Bears.

Down 19-7 late in the fourth quarter, that’s exactly what Daniel Jones did. Facing a 4th-and-18 from the Bears’ 23, Jones lobbed up a perfect touchdown pass to Golden Tate with pressure in his face.

It might be one of the best passes we’ve seen all season.

Jones legitimately threaded the needle in between three Bears defenders to get that ball to Tate. Talk about clutch.

The rookie No. 6 overall pick has flashed brilliance thus far this season. Sure he’s struggled with turnovers, but Jones has everything you look for in a potential franchise quarterback.

This pass was the latest example of that.