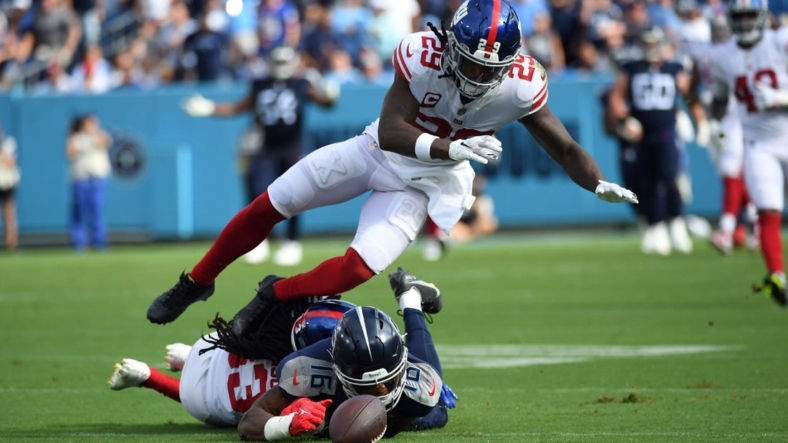 New York Giants cornerback Aaron Robinson underwent an appendectomy and has been ruled out for Sunday’s game against the visiting Carolina Panthers.

Giants coach Brian Daboll said Wednesday that a competition in practice this week will determine who starts across Adoree’ Jackson against the Panthers.

Nick McCloud was expected to miss practice on Wednesday after sustaining a hamstring injury in the Giants’ 21-20 win over the Tennessee Titans last Sunday. Fellow corners Darnay Holmes, Justin Layne and rookie Cor’Dale Flott also are on the roster.

Fabian Moreau and Zyon Gilbert are on the team’s practice squad.

Robinson, 24, recorded five tackles and one pass deflection in the season opener.

He has totaled 31 tackles and four pass deflections in 10 career games (three starts) since being selected by the Giants in the third round of the 2021 NFL Draft.