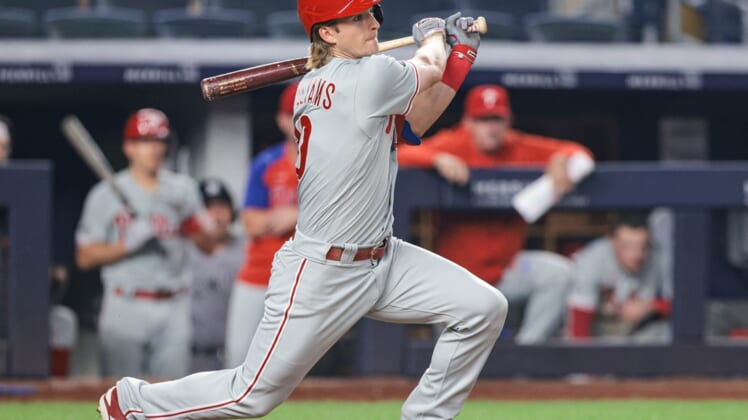 Williams, 25, played in 58 games as a rookie for the Phillies last season and batted .245 with one homer and six RBIs.

The Giants placed left-hander Matthew Boyd (elbow strain) on the 60-day injured list to open a roster spot for Williams. Boyd isn’t expected to be available until June after undergoing flexor tendon surgery last September, when he was a member of the Detroit Tigers.

Toffey, 27, batted .217 with eight homers and 24 RBIs over 65 games between Double-A Richmond and Triple-A Sacramento.