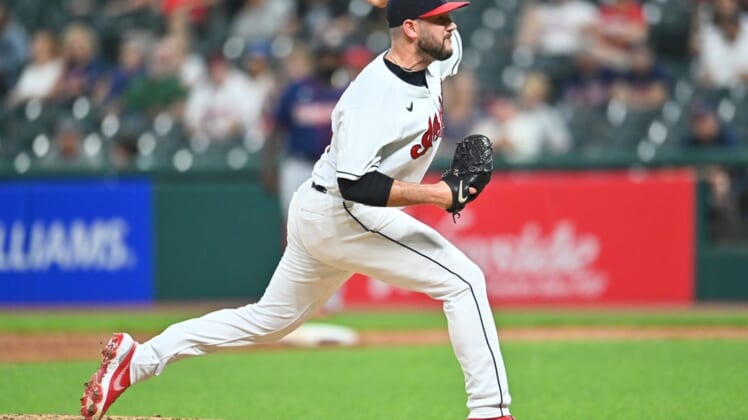 Young, who had been designated for assignment last week by the Guardians, was immediately optioned to Triple-A Sacramento.

To make room on the Giants’ 40-man roster, the team also outrighted left-hander Aaron Fletcher to Sacramento on Monday.

The 28-year-old Young has appeared in just one game this season, facing two batters in Game 1 of Cleveland’s doubleheader on July 4 against the Detroit Tigers. He allowed one hit while striking out the other batter.

This marks Young’s third organization in the past two seasons. Originally a second-round pick by the Arizona Diamondbacks in 2015, the TCU product began his career as a starter — going 7-5 with a 3.56 ERA in 17 outings (15 starts) as a rookie in 2019. He split time between starting and relieving in 15 appearances in 2020 and his ERA rose to 5.44.