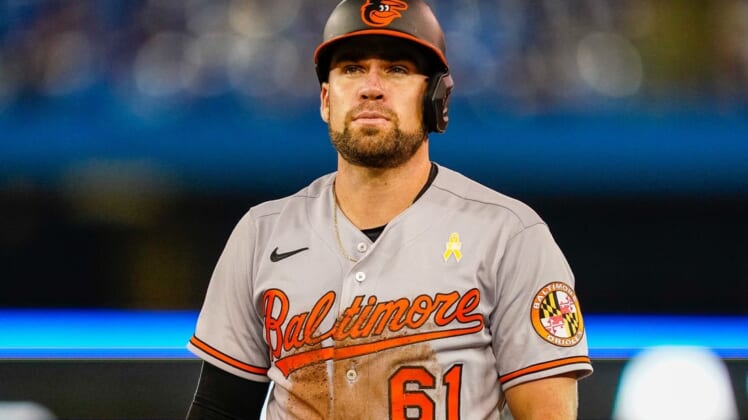 The San Francisco Giants acquired catcher Austin Wynns from Philadelphia on Wednesday after sending Joey Bart back to the minors.

The Giants sent minor league left-hander Michael Plassmeyer and cash to the Phillies in exchange for Wynns.

Wynns, 31, never appeared in a game for Philadelphia. He batted .365 with three homers and 20 RBIs in 33 games at Triple-A Lehigh Valley.

He signed as a free agent with Philadelphia in March.

Bart, 25, was optioned to Triple-A Sacramento after Tuesday night’s 5-3 loss to the visiting Colorado Rockies.