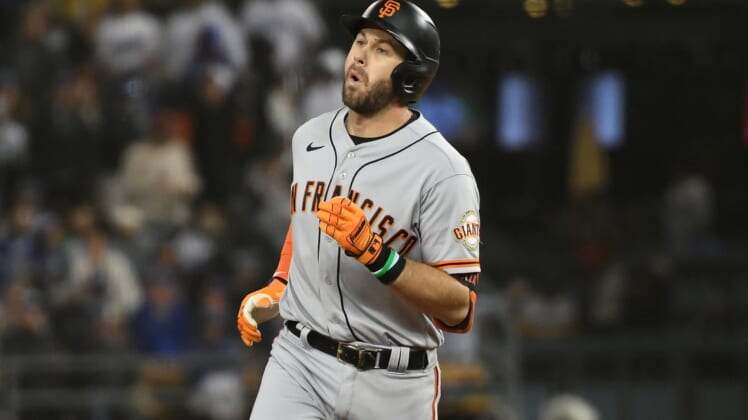 San Francisco Giants third baseman Evan Longoria will have surgery Tuesday to repair a ligament in his right index finger.

The team confirmed Monday night that Longoria will miss the start of the season after having the procedure performed by Dr. Steven Shin in Los Angeles.

There is no definitive timetable for the veteran’s return, as the finger must remain immobilized for at least 10 days before he can be re-evaluated.

Longoria, 36, batted .261 with 13 homers and 46 RBIs in 81 games for the Giants last season. He was out of action for more than two months after spraining his left shoulder in a June 5 collision with shortstop Brandon Crawford.

When does San Francisco play next? Check out Sportsnaut’s MLB Games Today for the Giants schedule.