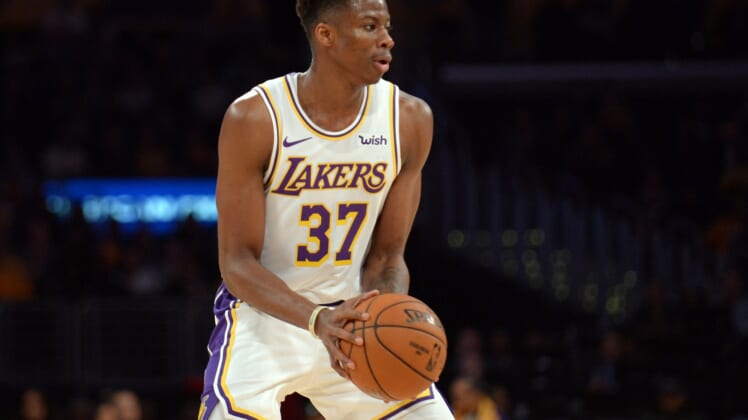 There’s a good chance that Giannis Antetokounmpo will play his brother when the Milwaukee Bucks and Los Angeles Lakers do battle on Thursday.

The Lakers have called up Kostas Antetokounmpo from the G-League ahead of Sunday’s game against the Atlanta Hawks.

The Lakers claimed the 22-year-old Antetokounmpo off waivers back in July. He’s been active for just two games this season and has seen a total of three minutes of action.

Not nearly as highly regarded as his older brother, Kostas originally entered the NBA as a second-round pick of the Philadelphia 76ers back in 2018. He played two games for the Dallas Mavericks last season.