Giannis Antetokounmpo on Steph Curry: ‘Kind of enjoy that he’s not playing’ 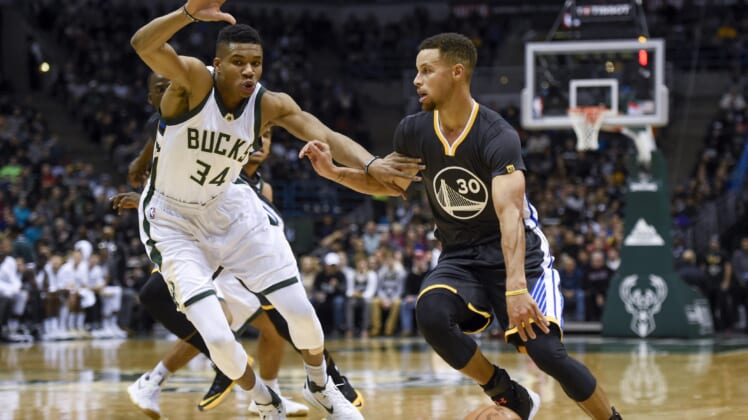 NBA All-Star Weekend is missing some major star power from Northern California. Three-time NBA champions Stephen Curry and Klay Thompson of the Golden State Warriors are not partaking in the festivities as both rehab from serious injuries.

Specifically, Curry’s absence during Saturday night’s events was noticeable. As the former NBA MVP makes his way back, another MVP had an interesting take on Curry’s injury.

Milwaukee Bucks star Giannis Antetokounmpo indicated that NBA players enjoy that Curry is not playing. The Greek Freak did provide a caveat that makes the statement a little less dramatic. It’s still a rather interesting take.

To be clear, Giannis and Curry are good friends. This obviously wasn’t a knock at the one of the greatest shooters in NBA history. Antetokounmpo is merely talking about how much easier it is to navigate in an NBA that doesn’t include Curry knocking down 30-foot three-pointers with ease.

As Giannis and his Bucks look to win 70 games this season, the injury-plagued Warriors headed into the All-Star Break with a league-worst 12-43 record. Things will certainly change on that front once Curry and Thompson return healthy next season. Until then, enjoy the Warriors’ struggles.