WATCH: Giannis Antetokounmpo defensive highlight reel will blow you away 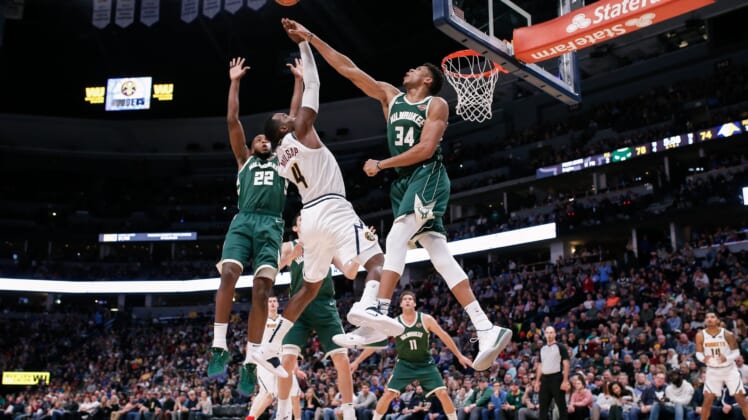 Likely MVP Giannis Antetokounmpo was announced as one of the five players voted to the 2018-19 All-Defensive First Team on Wednesday.

Not long after that, the Bucks shared a mashup of all Giannis’ top defensive plays of the 2018-19 season.

He’s had a ton of them, so it’s not surprising. But to see them together on one highlight reel is just incredible.

Still just 24 years old, Giannis hasn’t come close to hitting his ceiling. The Greek Freak is already one of the NBA’s most formidable two-way stars, which makes the previous statement all the more impressive.