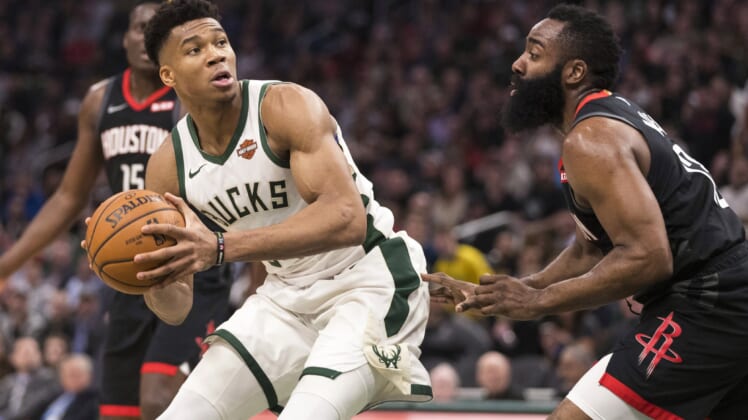 While Giannis Antetokounmpo is getting roasted by NBA fans for his All-Star Draft picks, he also delivered the best shade of the night with an epic shot at Houston Rockets guard James Harden.

During Thursday’s All-Star Draft, Giannis shared that he was deciding between Atlanta Hawks point guard Trae Young and Boston Celtics guard Kemba Walker. When Charles Barkley asked him why he wasn’t taking Harden, Giannis roasted Harden with a line that had everyone laughing.

In Giannis’ defense, Young is second in the league in assists per game and Walker has been incredible since signing with the Celtics. Fortunately for the reigning NBA MVP, he was able to land both of his targets.

James had no problem adding Harden to his team and quickly scooped up one of the game’s most unstoppable shooters. While Harden might not be known for sharing the basketball, James and Luka Doncic can take on that role themselves.