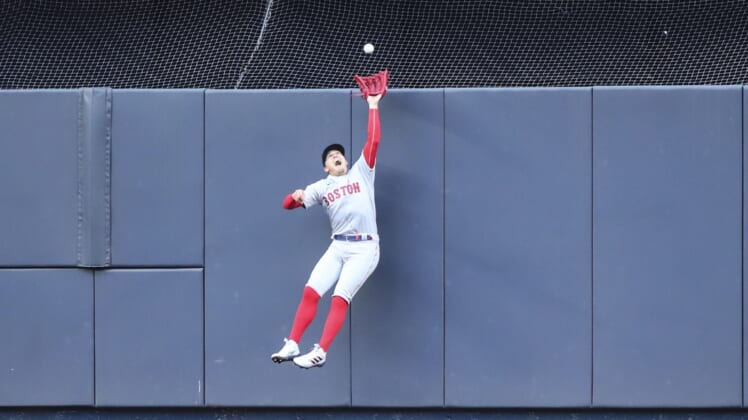 Giancarlo Stanton hit a tie-breaking two-run home run with one out in the sixth inning, lifting the New York Yankees to a 4-2 victory over the visiting Boston Red Sox on Saturday afternoon.

Stanton homered for the second consecutive game when he hit a 437-foot drive into the left-field bleachers on an 0-1 slider off Boston right-hander Nick Pivetta (0-1).

It was the second time in his career Stanton homered in the first two games of a season. He also did it when the Yankees opened the pandemic 2020 season by visiting the Washington Nationals.

Anthony Rizzo also hit a home run for the second straight game as the Yankees improved to 2-0 for the first time since 2018 – the first season under manager Aaron Boone.

Alex Verdugo hit a two-run homer for the Red Sox, who dropped to 0-2 for the second straight season.

Stanton’s clutch homer occurred in Luis Severino’s first start since Game 3 of the 2019 American League Championship Series against the Houston Astros. He had Tommy John surgery in 2020.

In his first regular season start since Sept. 25, 2018, Severino allowed two runs on five hits in three-plus innings. He struck out five, walked none and threw 65 pitches

Aroldis Chapman worked around a throwing error by shortstop Isiah Kiner-Falefa in a scoreless ninth to earn his first save.

Pivetta allowed four runs on four hits in 5 2/3 innings. He struck out four and walked three.

Boston took a 2-0 lead when Verdugo hammered a 2-1 fastball into the right field seats after J.D. Martinez opened the second with an infield single.

Pivetta was aided by right fielder Jackie Bradley’s strong throw to prevent Joey Gallo from a double in the second and Enrique Hernandez’s leaping catch at the center field wall to rob Aaron Judge of an extra-base hit.

Hernandez’s catch occurred three pitches before Rizzo hit a 1-1 fastball to right field for his second homer of the season.