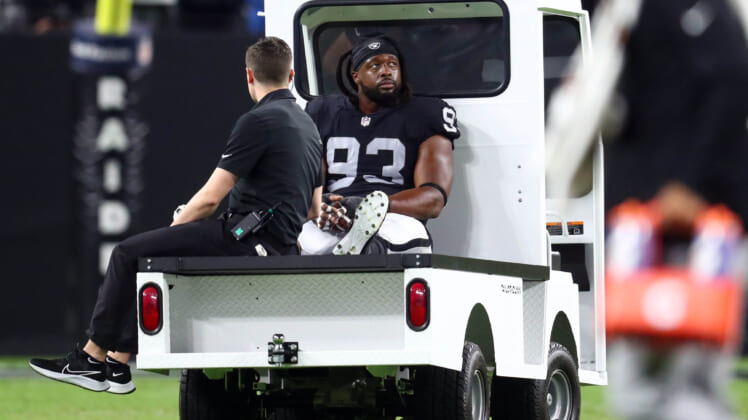 McCoy, 33, just suffered a season-ending knee injury in the Raiders’ season-opening win over the Baltimore Ravens. That came after the former first-round pick, then a member of the Dallas Cowboys, missed the entire 2020 campaign with a quad injury.

Now sidelined, McCoy is once again in the news for all the wrong reasons. The Raiders announced on Wednesday that the defender has been suspended six games by the NFL for violating its policy against performance enhancing drugs (PEDs).

Gerald McCoy then released a statement indicating that he tested positive for a banned substance after being prescribed to take the substance as a way to rehabilitate his most-recent injury.

Per NFL rules, McCoy will be able to serve said suspension while he’s on injured reserve.

What this means for his future in the NFL remains to be seen. The veteran defensive tackle did not latch on with Las Vegas until late in the summer and saw action for only nine snaps Week 1 before going down with the aforementioned knee injury.