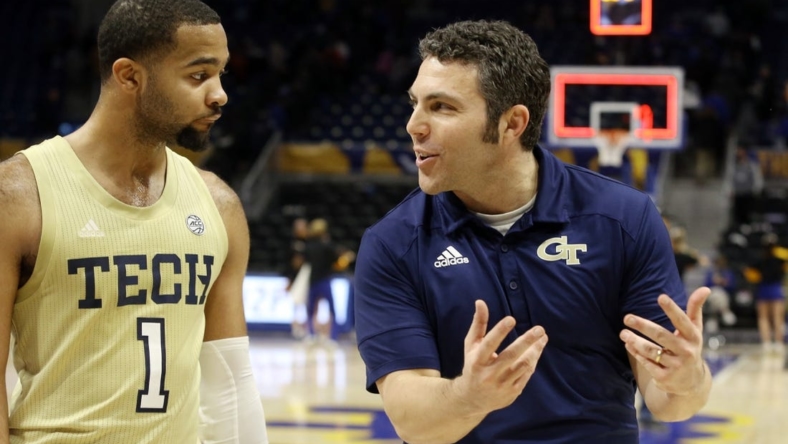 For the second consecutive season, Georgia Tech coach Josh Pastner opens the campaign having lost an acclaimed star. He does, however, return most of his supporting pieces as eight players return for the Yellow Jackets, who open Monday against Division II Clayton State in Atlanta.

Georgia Tech bid farewell to leading scorer and All-Atlantic Coast Conference performer Michael Devoe and his 17.9 points per game at the end of last season. The Yellow Jackets saw Jose Alvarado and Moses Wright depart a year prior.

After posting a 12-20 record in 2021-22, the worst mark in Pastner’s six seasons on the job, the Yellow Jackets face more question marks.

“We have eight guys back, but we are really reliant on these two guys (Howard and Sturdivant) to have a really good year for us and for our team to be successful,” Pastner said at ACC Media Day. “These guys have to be good and it does not have to be about scoring, but it has to be the little things that’s about winning.

“The star of the team is the team.”

Clayton State, predicted to finish fifth in the Peach Belt Conference, is coming off of an 8-20 campaign. The Lakers label their opener against Georgia Tech as an exhibition.

Senior forward Jalen Shaw is a preseason All-Conference selection. Shaw led the team with 13.6 points and 8.3 rebounds per game last season, and he wound up second in the conference in rebounding and in field-goal percentage (62.7 percent).

The team’s third-leading scorer, Ricardo Saams Jr., is back for his senior season after contributing 9.3 points per game in 2021-22.

Coach Vince Alexander is entering his second season in charge of the Lakers. He joined Clayton State after a stint as an assistant at Rice. He previously was the head coach at Mansfield, USC Aiken and St. Leo, producing a 349-270 record overall.