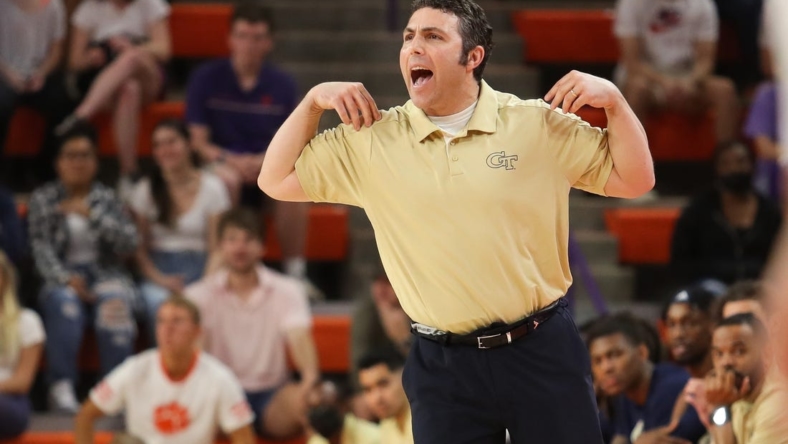 Franklin tallied 14 points on 6-for-9 shooting, 11 rebounds and five blocked shots — all bests since the graduate transfer from South Alabama joined the program this season. It was his first double-double with the Yellow Jackets and the ninth of his career.

Northern Illinois (1-3) was led by Zarique Nutter, who put up 18 points and a career-high 15 rebounds. David Coit added 10 points and Xavier Amos had eight rebounds.

Georgia Tech took control early thanks to a couple of impressive runs in the first half. A 15-0 spurt, which included five points each from Kyle Sturdivant and Kelly, stretched the team to 40-8 with 6:58 left.

That was followed minutes later by a 13-2 run capped by Jalon Moore’s layup that gave Georgia Tech a 41-15 lead. The Yellow Jackets held a 43-20 lead at the half.

Northern Illinois made its first seven field goals of the second half and outscored Georgia Tech 17-1, cutting the deficit to seven on a 3-pointer by Coit. But the Yellow Jackets doused any comeback hopes for the Huskies by scoring nine straight to re-establish a 16-point lead.

The game was the first between the two schools and Tech improved to 3-4 against teams from the Mid-American Conference.