Georgia Tech banned from NCAA Tournament due to recruiting violations 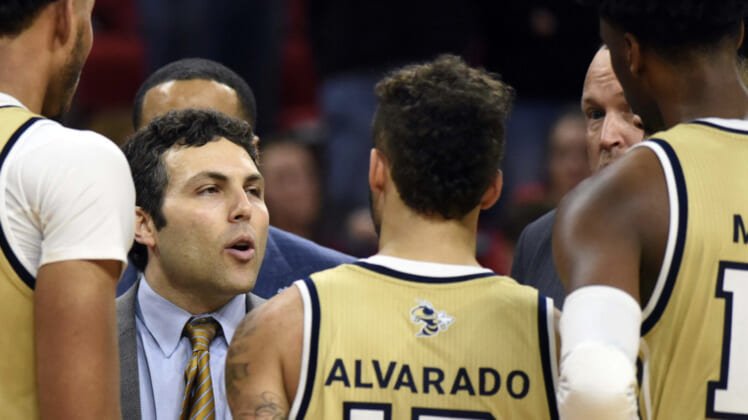 Josh Pastner’s ho-hum three-year tenure as the Georgia Tech head basketball coach could soon be coming to an end.

The NCAA reportedly informed the Yellow Jackets that they will be banned from the 2020 Tournament after finding the program violated recruiting standards.

It was noted back in March that the NCAA found “severe” recruiting violations in Atlanta under the leadership of Pastner.

“In a statement that accompanied the notice of allegations, most names were redacted,” the AP reported earlier in the year. “However, Pastner’s former friend, Ron Bell, identified by the NCAA as a ‘representative of the institution’s athletic interests,’ was said to have provided more than $2,000 in impermissible benefits to players in 2016 and 2017.”

Georgia Tech has posted a mediocre 48-53 record in three seasons under Pastner. It was the NIT runner-up in 2016-17 and has missed postseason play each of the past two years.

Some are now openly wondering whether Pastner is too much trouble for the job. The NCAA’s sanctions on Thursday might expedite a decision in this regard.

As a program, Georgia Tech has not made it to the big dance since the 2009-10 season. It might very well be time for a change in leadership.