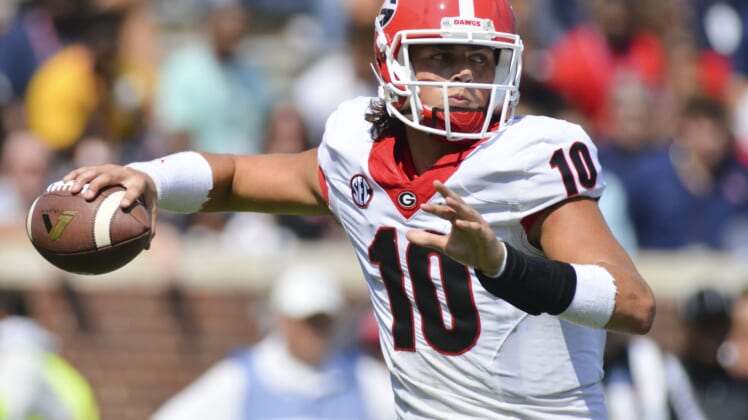 Fresh off his Georgia team dropping a heartbreaker to Alabama in the National Championship Game, former Bulldogs starting quarterback Jacob Eason is reportedly transferring to Washington.

“Barring a last-minute change of heart, former Lake Stevens High star quarterback Jacob Eason is expected to transfer from Georgia to Washington for the next step in his college football career, multiple sources told The Seattle Times,” Adam Jude of the Seattle Times reported Tuesday.

Eason was Georgia’s starter to begin the 2017 season, but suffered a knee injury in the opener. He was immediately replaced under center by freshman Jake Fromm, who came so close to leading the Bulldogs to their first national title in nearly four decades.

A five-star member of Georgia’s recruiting class back in 2016, 247Sports.com had Eason as the second-best pro-style quarterback in the class and the best overall recruit from the state of Washington.

In addition to Fromm likely manning the starting job in Georgia for the next two seasons, top recruit Justin Fields was a member of the Bulldogs’ 2018 class. Eason had to see the writing on the wall here. He’ll have to sit out the 2018 season in Washington and will have two years of eligility remaining starting in 2019.