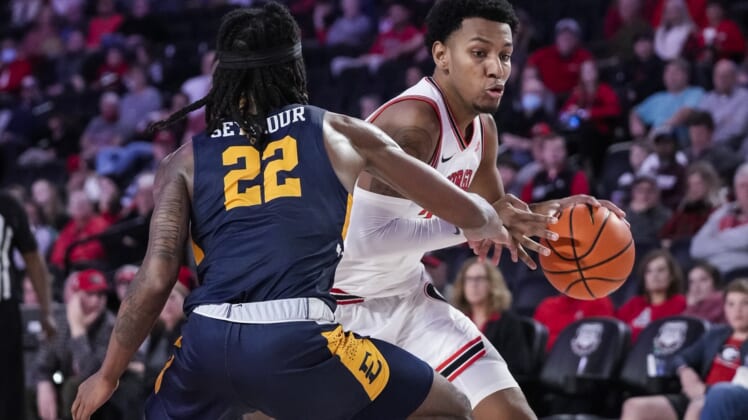 In its final nonconference game of the regular season, Georgia will look to build momentum on Wednesday against visiting Gardner-Webb before opening Southeastern Conference play next week.

The Bulldogs (5-7) are coming off an 86-84 loss to East Tennessee State on Dec. 22, when David Sloan’s 3-pointer with 8.4 seconds left capped the Buccaneers’ rally from an eight-point deficit in the last four minutes.

East Tennessee State led 53-39 in the first minute of the second half before Georgia surged to take a 73-72 lead on Aaron Cook’s layup with 6:15 remaining.

Georgia was led by Noah Baumann, who scored 25 points on 8-for-10 shooting that included 7-of-9 on 3-point attempts. Cook scored 14 of his 17 points in the second half, while Kario Oquendo scored 11 of his 15 in the final 20 minutes as Georgia rallied before falling short.

“They made plays and we didn’t. That’s the bottom line,” Cook said. “We turned up the defensive pressure in the second half and got them out of their offense. It worked for a while, but then they kind of adjusted towards that last two or three minutes.”

Jailyn Ingram, who averaged 10.7 points and a team-high 6.0 rebounds, is out for the season after he tore his right anterior cruciate ligament against Jacksonville on Dec. 7.

For the season, D’Maurian Williams is averaging a team-high 14.6 points, with Terry at 13.5. Kareem Reid averages 11.8 and 5.6 rebounds, while Jordan Sears averages a team-high 2.7 assists to go along with 8.6 points.