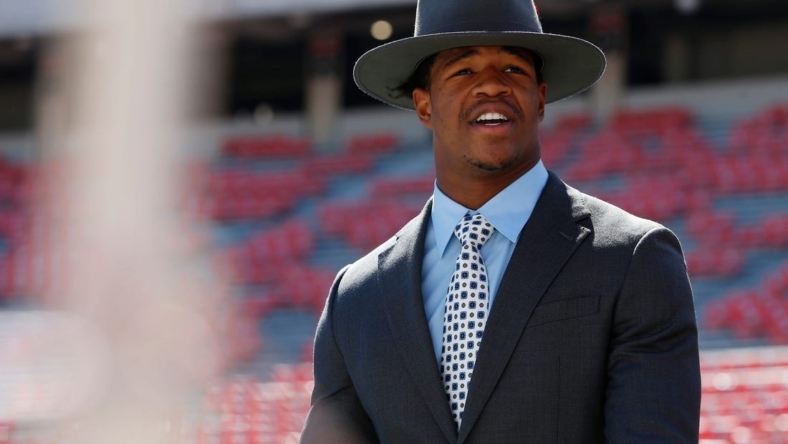 Georgia linebacker Nolan Smith, the No. 1 Bulldogs’ leader in sacks, is doubtful for Saturday’s showdown with No. 2 Tennessee due to a shoulder injury.

Smart initially feared Smith had dislocated his shoulder in the first half of Saturday’s 42-20 win against Florida, but he said it is now believed to be a muscle injury.

“His availability has not been determined,” Smart told reporters Monday. “It does not look good for availability this week. It’s a pec muscle, so it’s one of those deals where we’ll do an MRI. We’re still getting some opinions on it, but he’s probably doubtful for this week.”

In addition to his team-high three sacks, Smith has 16 quarterback hurries and seven tackles for loss in eight games this season. He has 12.5 sacks and 110 tackles in 38 career games with the Bulldogs.

His absence is untimely to say the least, as Tennessee and Heisman Trophy candidate quarterback Hendon Hooker lead the nation in scoring (49.4 points per game) and total offense (553.0 yards per game).