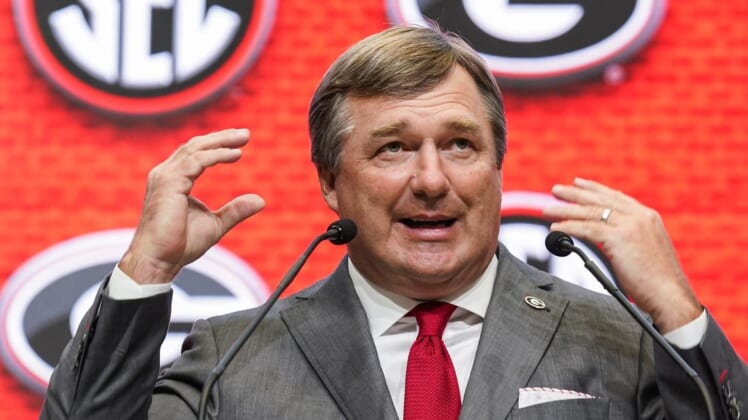 Kirby Smart agreed to a 10-year contract extension with Georgia on Thursday, making him one of the highest-paid coaches in the country.

The total value of the deal is worth $112.5 million and keeps Smart on the Bulldogs’ sideline through the 2031 season. Smart will make $10.25 million this season, trailing only Nick Saban’s $10.6 million in the SEC.

“This is home for us, our roots run deep here. My commitment to this University and our Football program is unwavering,” Smart said in a press release. “It’s an honor being the head football coach at the University of Georgia, and while I’m certainly proud of what we’ve been able to accomplish, I’m confident the best is yet to come!”

Smart signed a seven-year extension worth $49 million in 2018, making him the sixth-highest paid coach in the SEC alone, prior to the extension.

The Bulldogs defeated the Crimson Tide 33-18 in January to win the school’s first football national championship in 41 years.

Georgia opens the 2022 season against Oregon on Sept. 3.