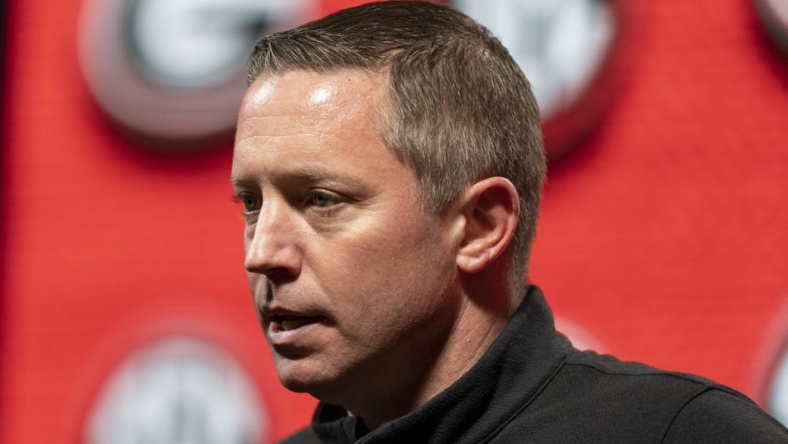 Kario Oquendo had 15 points and Jabri Abdur-Rahim scored all 12 of his points in the first half to lead Georgia to a 66-53 victory over Saint Joseph’s on Monday in the semifinals of the Sunshine Slam in Daytona Beach, Fla.

Justin Hill chipped in 12 points, going a perfect 3-for-3 from deep, while Terry Roberts finished with 12 points, five assists and four rebounds.

Georgia (4-1) advanced to face Alabama-Birmingham in the title game on Tuesday afternoon, while Saint Joseph’s (2-2) will play in the third-place game later in the evening against South Florida, which lost to Alabama-Birmingham 80-65 on Monday.

Saint Joseph’s trimmed Georgia’s 38-15 halftime lead to 54-46 following Lynn Greer III’s two free throws with 2:58 remaining, but Hill swished a 3-pointer from the left wing to extend the Bulldogs’ lead to 57-46 with 2:28 left.

Georgia took control of the game midway through the first half by going on an 11-2 run to take a 15-6 lead following Oquendo’s free throw with 12:42 left. Roberts’ jumper with 25 seconds left in the half gave the Bulldogs a 23-point lead, which they took into intermission.