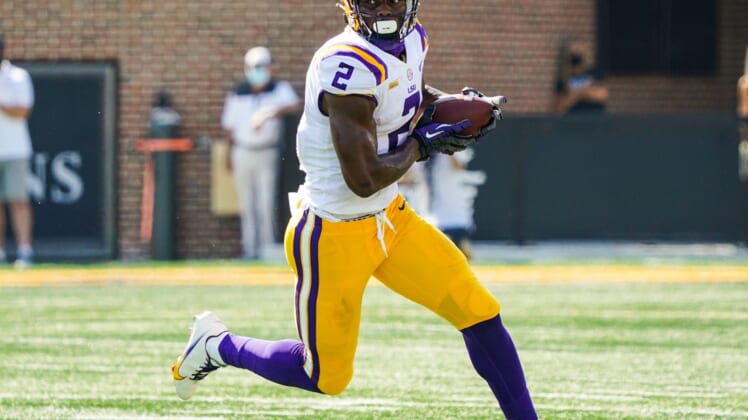 Gilbert had 35 catches for 368 yards and two touchdowns in his freshman year as a TE in Baton Rouge, La. However, the 6-foot-5 Gilbert says he’ll be part of the wide receiver corps in Athens.

“Being brought in to play wide receiver, I definitely think I can help the team win,” Gilbert told 247Sports. “Nothing is going to be given to me, so I am ready to get there and get to work with the team.”

The Bulldogs lost out on Gilbert, out of Marietta High School, to LSU in the 2020 recruiting cycle.

Kendrick was first team All-ACC defense after the 2020 season. Kendrick started at Clemson as a wide receiver before moving to cornerback in the spring of 2019. Kendrick made 23 starts the past three seasons but was dismissed by Clemson in February.