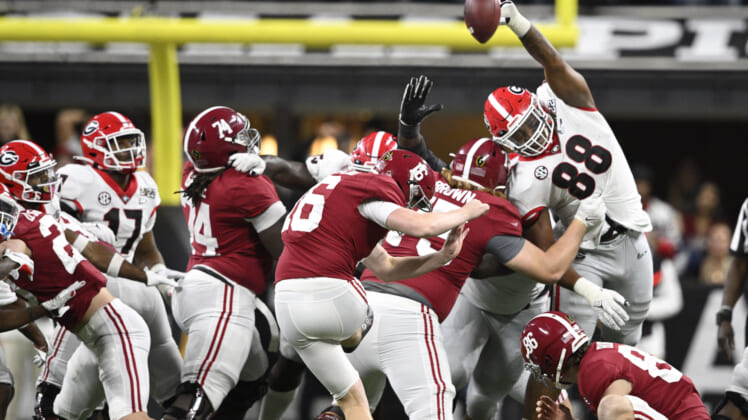 Down 9-7 late in the third quarter, Georgia needed something to happen elsewhere in order to take momentum of the game.

Backup defensive tackle Jalen Carter more than obliged. With Alabama looking to take a 12-6 lead on a 48-yard field goal from Will Reichard, Carter jumped through the line and blocked the kick. It came after a 17-play, 68-yard drive from Alabama that took up half of the third quarter.

That wasn’t enough for Georgia, as Zamir White would score from one yard out less than two minutes later to give Kirby Smart’s team a four-point lead.

Talk about a dramatic turn of events in Indianapolis.

If Alabama were good on that field it, it would have forced Georgia to drive the distance of the field for a touchdown in the final 15 minutes against a dominant Crimson Tide defense led by Will Anderson.

Instead, Georgia took a four-point lead and has put all of the pressure on Heisman winner Bryce Young.