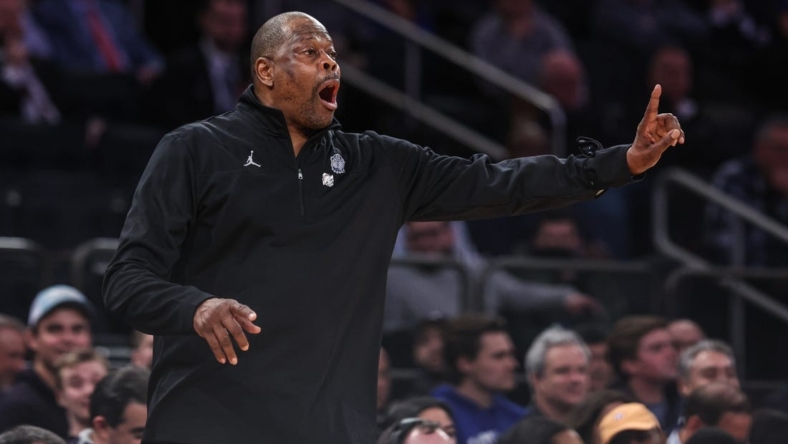 Georgetown trailed by seven points just over midway through the second half, but Spears scored 15 points in the final six minutes of regulation to put the Hoyas in command. But at the buzzer, Mike Hood made a 3-pointer for the Eagles to send the game to overtime.

In the extra session, Spears tacked on three more baskets and Akok Akok and Bryson Mozone added 3-pointers as Georgetown pulled away to snap the 21-game losing streak that it ended last season on.

Mozone added 20 points and seven rebounds while Qudus Wahab finished with 11 points and 10 rebounds before fouling out.

Georgetown (1-0) had a completely different look, as all of its points came from players who started last year with other teams.

Playing for the second time in as many nights, Coppin State (0-2) of the Mid-Eastern Athletic Conference gave Georgetown of the Big East all it could handle for 40 minutes.

The Hoyas rolled to an early 10-4 lead. And then late in the first half, they reeled off six unanswered points to grab their biggest lead of regulation, 36-29. But each time Georgetown surged, Coppin had an immediate answer.

Midway through the second half, Coppin grabbed its biggest lead, 61-54, as Sessoms and Tarke hit back-to-back 3-pointers and Justin Winston added a bucket.

But down the stretch, Spears took the game over. In the final four minutes of regulation, Spears was the only Hoyas player who scored.