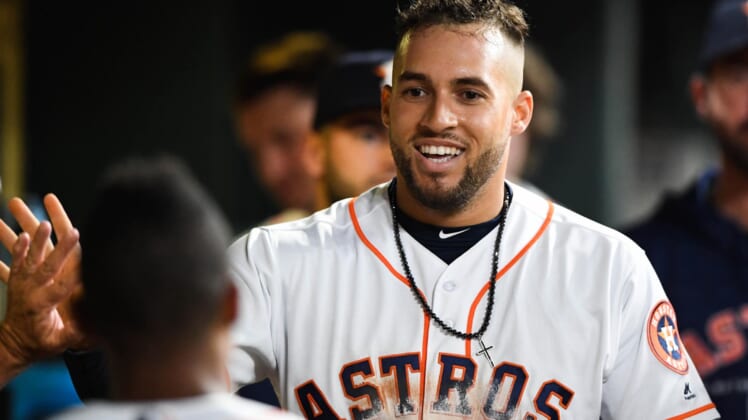 The injury bug is hitting the Houston Astros hard. While the injury was not as bad as initially feared, centerfielder George Springer is expected to miss roughly two weeks with a sprained left thumb.

George Springer sprained his left thumb. It is not a UCL sprain. The Astros expect him to miss about two weeks. Derek Fisher replaces him on the active roster.

There’s never a good time for a player of Springer’s caliber to go down. But the timing here certainly isn’t great

Jose Altuve was set to come off of the DL, but was recently sent home for further evaluation. Carlos Correa is also on the DL and currently on a rehab assignment. He’s scheduled to come back on Thursday. But given the injuries to Springer and Altuve, as well as the relative success of his rehab assignment, we wouldn’t be surprised to see that timeline moved up.