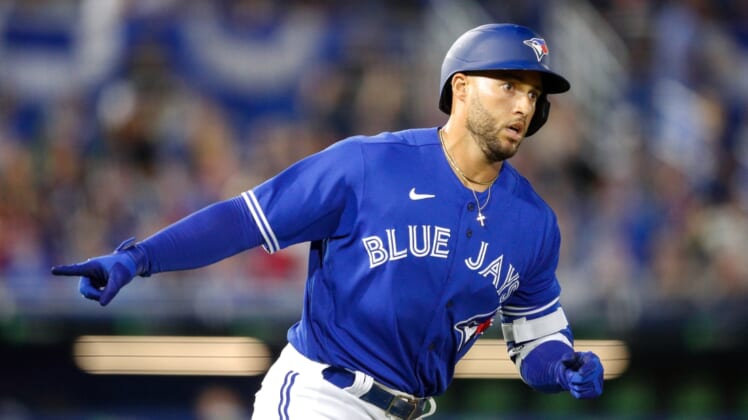 George Springer’s troubled start to his Toronto Blue Jays career continued on Sunday when he was removed from the team’s home game in Dunedin, Fla., against the Atlanta Braves.

Blue Jays manager Charlie Montoyo told reporters that the outfielder was “fatigued” during his fourth game back after missing the season’s first month.

“It was hot today, and (having games) three days in a row swinging the bat, he felt fatigued,” Montoyo said. “Of course, we’re going to be careful with him and that’s why we decided to take him out. It was the best thing for him today.”

Joe Panik pinch hit for Springer in the sixth inning.

Springer’s Grade 2 oblique strain, coupled with an injury to his thigh, cost him the start of the season.

Springer, 31, was 0-for-3 with a pair of strikeouts Sunday and is hitting .200 with two home runs and three RBIs. He signed a six-year, $150 million deal with Toronto prior to the season.