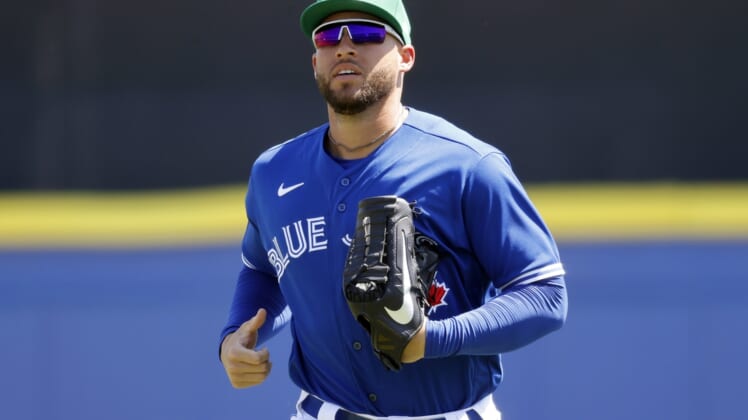 George Springer is set to play in an intrasquad game Friday and could finally make his debut for the Toronto Blue Jays this weekend.

Springer, 31, has yet to play for Toronto after suffering a strained left oblique muscle followed by a strained right quadriceps to start the regular season.

Springer signed a six-year, $150 million deal with Toronto in the offseason after seven seasons with the Houston Astros, who took the three-time All-Star with the 11th overall pick in the 2011 amateur draft.

“He’s excited, we’re exceptionally excited. (Friday) is a great day for George,” Jays general manager Ross Atkins said Thursday. “Now it’s just a matter of recovery and putting him in a position to play nine innings and feel like he can face elite major league pitching.”

The Blue Jays are at Tampa for a three-game set starting Friday night.

The Jays also acquired Jeremy Beasley from Arizona for cash. He will report to the team’s alternate training site.