The university did not reveal Baek’s cause of death, but announced that he passed away on Saturday.

One of his teammates, senior outfielder Scott Morgan, organized a GoFundMe page “in order to support Sang’s family through this difficult time” and cited “complications with his surgery.”

“We are devastated by the passing of Sang,” said George Mason baseball head coach Bill Brown in a statement. “Sang was an incredible teammate who was loved by everyone associated with Mason baseball. He will be missed and forever cherished in our hearts. Right now, our thoughts are with Sang’s family at this unbearably difficult time.” 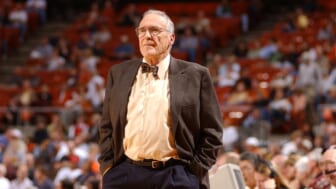 Baek made his college debut on March 12, three months prior to his death, and pitched in seven games in his freshman season. Originally from Maryland, he helped James M. Bennett High School to the 2019 3A Maryland State Championship.