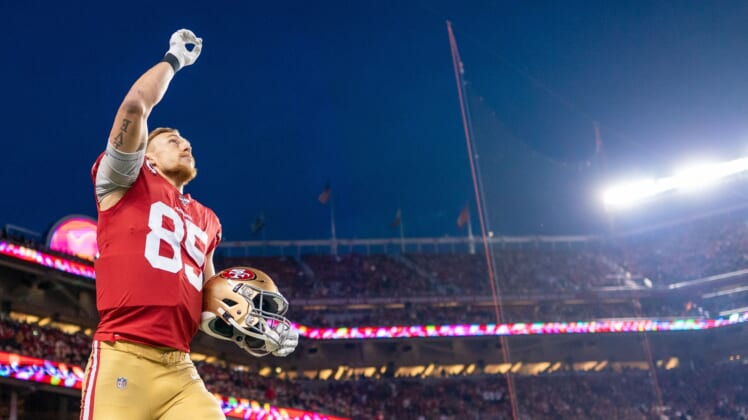 San Francisco 49ers star tight end George Kittle is hard as granite on the gridiron, but off the field he’s got a huge heart and the means to show it.

According to Alex Didion of NBC Sports Bay Area, Kittle is sending the family of former U.S. Army Sergeant Martin “Mick” LaMar, who was shot and killed during his second tour of duty in Mosul, Iraq on Jan. 15, 2011, to Super Bowl LIV.

“As I hit the field to play in the Super Bowl, I find comfort in the fact that 49ers fans Josie and Nicolas LaMar will be cheering our team on,” Said Kittle in a statement. “It’s a special privilege to be able to team up with USAA and TAPS to award a trip to the Super Bowl to Sergeant LaMar’s family in recognition of his military service and paying the ultimate sacrifice in service of our country.”

That’s a touching and classy gesture from Kittle, whose 49ers will take the field in Miami next Sunday for a chance to win it all and bring home a sixth Lombardi Trophy for the franchise.