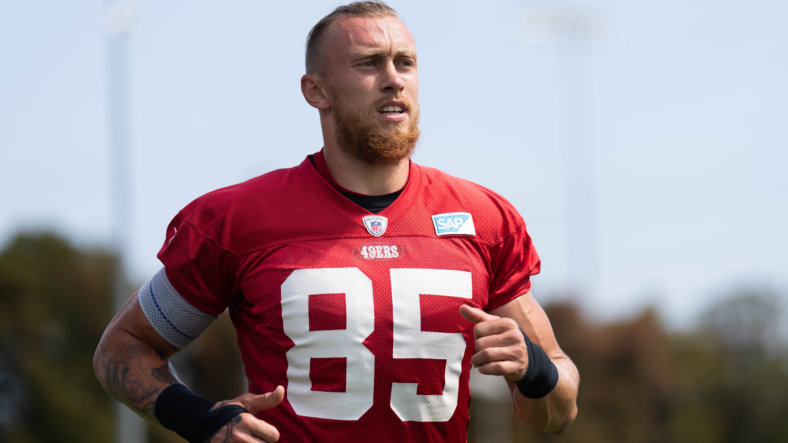 San Francisco 49ers star tight end George Kittle returned to practice on Friday, giving ‘9ers fans hope they can bounce back from a massively disappointing performance on offense in Week 1.

The new Trey Lance era of the 49ers offense got off to a putrid start in the first game of the season. Granted, the weather in Chicago last Sunday was terrible, but that was just as much a problem for the Bears as it was for San Francisco. Yet, Justin Fields and his team overcame the elements and delivered a surprise win in a matchup they were heavily favored to lose.

There is a lot of pressure on Lance with the organization making the decision to install him as the new starting quarterback and benching incumbent Jimmy Garoppolo. Just six months removed from helping get the team to the NFC championship game. The fact that Garoppolo remains on the team only heightens the need for Lance to get off to a fast start in 2022.

George Kittle back in San Francisco 49ers practice on Friday

While his 164 yards, zero touchdowns, and one interception performance was underwhelming the 22-year-old was without one of his top targets in that game. Kittle tweaked his groin early in preparation for Week 1, and despite his best efforts to get on the field versus the Bears, he was unable to suit up. That reportedly should change this Sunday.

Word out of San Francisco this week painted an unsure picture of Kittle’s availability for Week 2 versus the Seattle Seahawks. However, on Friday, ESPN Bay Area beat writer Nick Wagoner reported some very good news for 49ers fans. “49ers TE George Kittle (groin) is back in uniform and in practice at early portion open to media.” 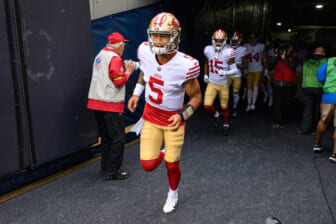 Also Read:
Super Bowl coach trashes San Francisco 49ers QB Trey Lance: ‘I don’t like him, I’d like to know what he does well’

That has to be a major relief to the San Francisco 49ers coaching staff, and especially Lance. The 2021 first-round pick will need all the help he can get in navigating the difficult position of being young and playing in the most difficult position in the sport.

The team will take the field on Sunday at 4:05 PM ET to battle the Seahawks on FOX.