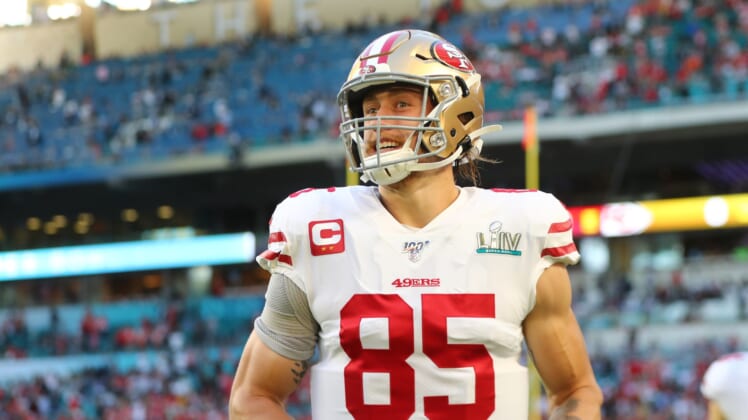 San Francisco 49ers tight end George Kittle has been stunning folks on social media with his mind-blowing workouts this summer.

Here’s a sampling of what Kittle and others have been sharing on social media.

Truly stunning stuff. Kittle is the NFL’s best, most complete tight end and is soon going to be paid like it.

After seeing one of the workouts on social media, his rival Bobby Wagner of the Seattle Seahawks paid him a huge compliment, calling him a “Beast.” Then, Kittle responded with an absolutely perfect quote. Here’s the exchange, courtesy of B/R Gridiron:

Kittle and Wagner are two of the NFL’s best at their position and clash twice a year playing in the NFC West. Kittle’s response was an awesome display of respect as he recognized how tough a battle it is going against Wagner.