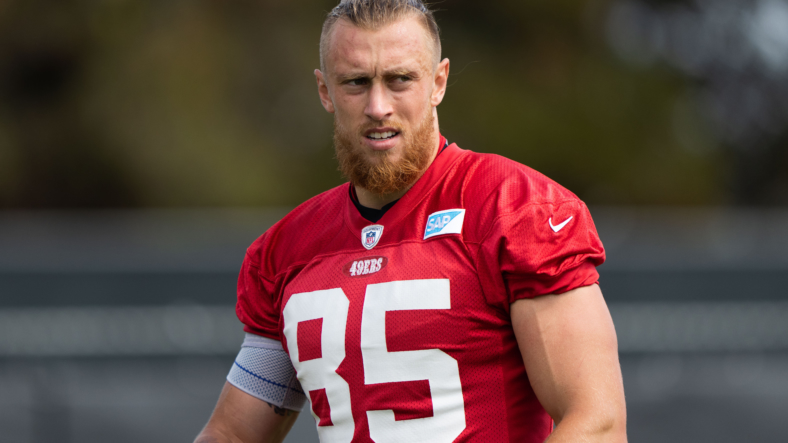 San Francisco 49ers Pro Bowl tight end George Kittle is far from a sure bet to play in Week 1 versus the Chicago Bears, but he is certainly giving the team’s fans and fantasy football owners hope he may be able to.

On Sunday afternoon, the 49ers will begin the Trey Lance era and what they hope to be a very long stay as the team’s starting quarterback. To give the 2021 first-round pick the best chance of early success in 2022, the offense will need all its big guns on the field this week. That, of course, includes three-time Pro Bowler George Kittle. However, that possibility was put in doubt earlier this week when the 28-year-old showed up on the 49ers injury report due to a groin injury.

On Thursday, a new report suggested the 2019 All-Pro was unlikely to suit up for the team tomorrow. However, there seemed to be a shift on Friday where Kittle could be on the field Sunday based on the fact that his health has improved over the last couple of days. At least that is what the tight end claimed yesterday.

Certainly, 49ers fans will be hoping and praying the talented tight end can play on Sunday versus the Bears. However, NFL fantasy football owners may be monitoring the situation just as much as Bay Area fans. In many leagues around the country, the five-year veteran was the first tight end taken off draft boards and is sure to leave a massive hole in Week 1 projections if he is unable to play. 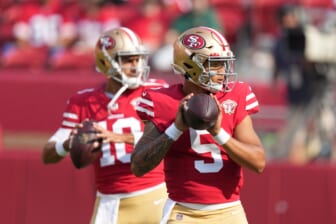 While he missed several games in 2021, Kittle still racked up nearly 1,000 yards receiving through the air and pulled in a career-best six touchdowns for San Francisco.