Geniuses stay atop standings, Liquid up to second in Summer Split 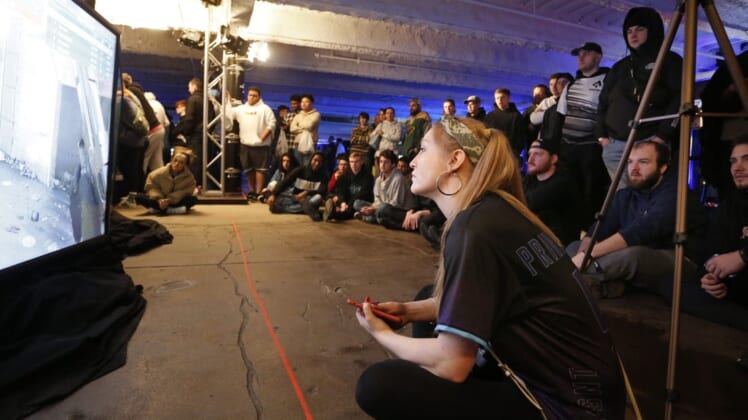 Evil Geniuses won their third straight match and Team Liquid moved into second place all by themselves in the first day of Week 4 action of the LCS 2022 Summer Split event on Saturday.

Playing on red, the Geniuses needed 37 minutes to defeat Dignitas. Leading their win was Jeong “Impact” Eon-young of South Korea, who posted a kills/deaths/assists ratio of 6-5-4. Noh “Gamsu” Yeong-jin, also of South Korea, finished with a KDA of 4/2/2 for Dignitas.

Team Liquid played on blue in its 31-minute win over the Guardians. Soren “Bjergsen” Bjerg of Denmark posted a KDA of 7/2/11 for Liquid, while Nicholas Antonio “Ablazeolive” Abbott of Canada finished at 5/6/5.

FlyQuest took part on red in beating the Thieves in 27 minutes. Johnson “Johnsun” Nguyen of Canada registered a ratio of 6/0/6 for FlyQuest, and the Thieves as a team had only one kill.

Cloud9 also played on red in defeating TSM in 31 minutes. Ibrahim “Fudge” Allami of Australia led the win with an 8/0/8, while Huang “Maple” Yi-Tang of Taiwan finished at 3/7/3 for TSM.

In 33 minutes, CLG turned back the Immortals. Fatih “Luger” Guven of Turkey finished with a ratio of 6/4/5 for the winners, who were playing on red. Lawrence “Lost” Sze Yuy Hui of New Zealand posted a 4/4/5 for the Immortals.