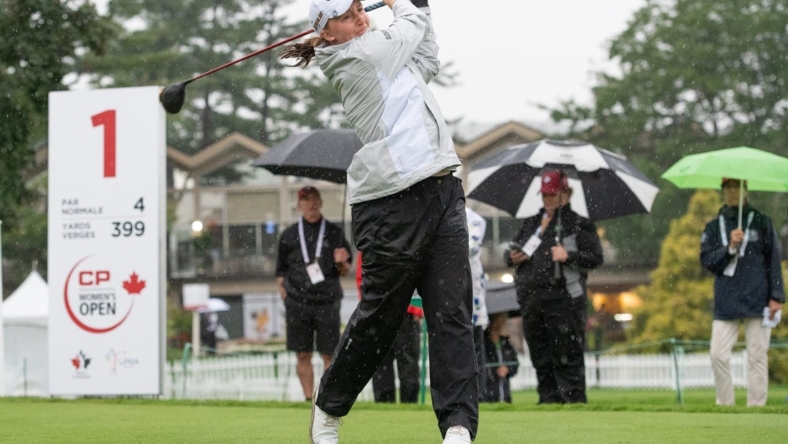 Gemma Dryburgh of Scotland captured her first LPGA Tour title on Sunday after recording a four-stroke victory over Kana Nagai in the Toto Classic at Shiga, Japan.

Dryburgh carded seven birdies during her bogey-free round, totaling 7-under-par 65 on Sunday to finish 20-under 268 at the Seta Golf Club. The 268 is a career-best 72-hole score for Dryburgh, who pocketed $300,000 for the victory.

“I was in Korea last week with friends and I said to them ‘I mention you in my speech’ as a joke. But it’s overwhelming to be honest,” said Dryburgh, who becomes the fourth Scot to win on the LPGA Tour and first since Catriona Matthew at the 2011 Lorena Ochoa Invitational.

“This has been a dream of mine for a long time. A lot of hard work has gone into this, so it means so much.”

“That’s kind of a turning point in the round I’d say. I had a really good shot there yesterday and hit the same club today, so I was confident I could do it again,” Dryburgh said of the birdie on No. 11. “But yeah, had an incredible shot there and it was a nice birdie on that one. It was quite a tough one.”

Nagai, of Japan, started fast on Sunday with four birdies on her first nine holes before finishing with a 65.

Sweden’s Linn Grant (67) finished in third at 15-under, two strokes ahead of Japan’s Yuna Nishimura (69).

“I think I did a good job, unfortunately had a bogey on the last is never fun, but up to that point I did my very best as much as I could,” Grant said. “Got some good game going, some putts, it was fun.”

Momoko Ueda, who was leading entering the fourth round, shot a 74 on Sunday to find herself tied with fellow Japan natives Ayaka Furue (69) and Miyu Yamashita (72).

The Japanese duo of Minami Katsu (67) and Yuri Yoshida (68) finished in a tie for eighth place at 11-under. Four players, including World No. 1 Atthaya Thitikul of Thailand (67), ended up in a tie for 10th at 10-under.

“I always like coming to Japan. It has a lot of memories,” the 19-year-old Thitikul said. “And I got World No. 1 here now, my caddie wearing the green bib and the ceremony on the first tee in the first round, so it’s good memories for us.”