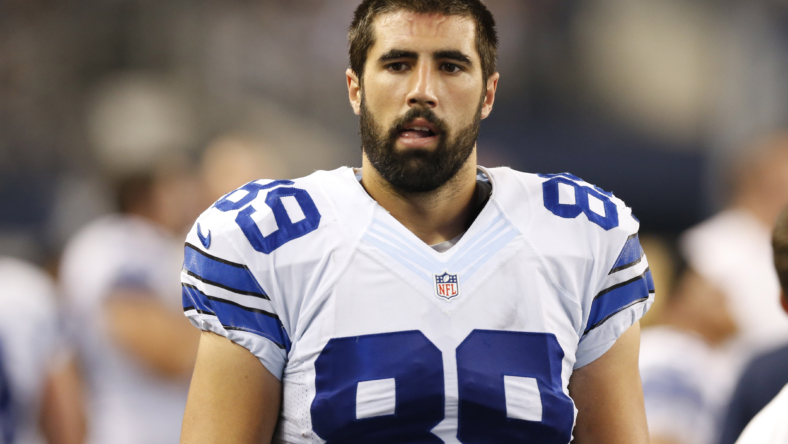 We had not heard much about him outside of that following the former San Diego State star appearing in his final NFL game as a member of the Baltimore Ravens back in 2017.

Sadly, Escobar was identified on Thursday as one of two individuals found dead following a rock-climbing accident in Riverside County just east of Idyllwild in Southern California. He was just 31 years old.

“The agency described the two victims as rock climbers, though it wasn’t immediately clear whether they suffered fatal injuries during an ascent or descent on the mountainside, or died by other means. The coroner did note the location of injury was the same as the location of death.”

A second-round pick of the Cowboys back in 2013, Escobar played four seasons with the team before signing with the Kansas City Chiefs in 2017. Escobar was ultimately released by Kansas City, spending some time with the Baltimore Ravens, Cleveland Browns and Miami Dolphins through September of 2018.

He then attempted to continue his professional career with the San Diego Fleet of the now-defunct AAF in 2019 before seeing his career come to an end. Back in February, Escobar was hired by the Long Beach Fire Department.

“It is with deep sadness that we announce the off-duty death of Long Beach Firefighter Gavin Escobar. Hired on February 5, 2022, Firefighter Escobar was assigned to Fire Station 3 on B-shift,” the department said on social media.

Escobar, 31, leaves behind a wife and two children. Our thoughts are obviously with his family and those close to the young man during these most difficult of times.