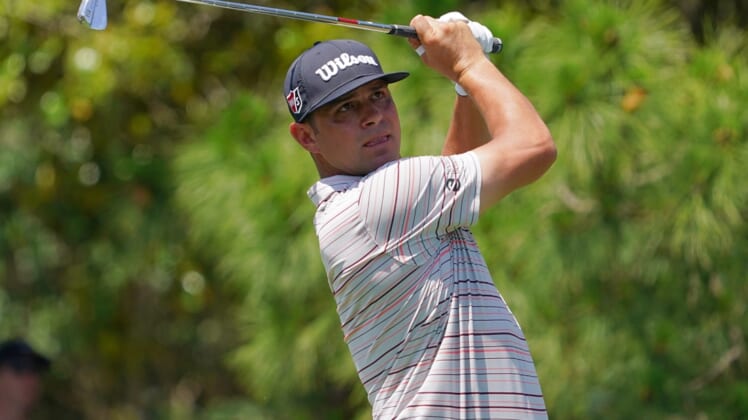 Gary Woodland said he is considering a break to rest an ailing hip after missing his fourth cut in seven starts this week.

Woodland followed up a 77 in the first round with a 71 in the second to miss the cut at 6-over at the Valspar Championship on Friday.

“That’s the next option,” said Woodland, who revealed a torn labrum in his left hip at last year’s U.S. Open. “As long as I’m not in pain, like I am right now, I think I can figure it out.”

Woodland, 36, also missed the cut at that event, where he was attempting to defend his 2019 title.

He finished out the year, with cortisone injections helping him play through the injury, but now says he should have taken time to address it.

“Last year, I was just trying to play, it wasn’t really about golf,” said Woodland. “That’s when I should have stopped. I should have gotten it fixed last year.”

Woodland, who also tested positive for COVID-19 in March, took seven weeks off after the 2020 season. He said he was feeling good until a flare-up at The Masters in April.

Woodland has four events in five weeks starting with the Wells Fargo Championship in Charlotte, N.C. next week.