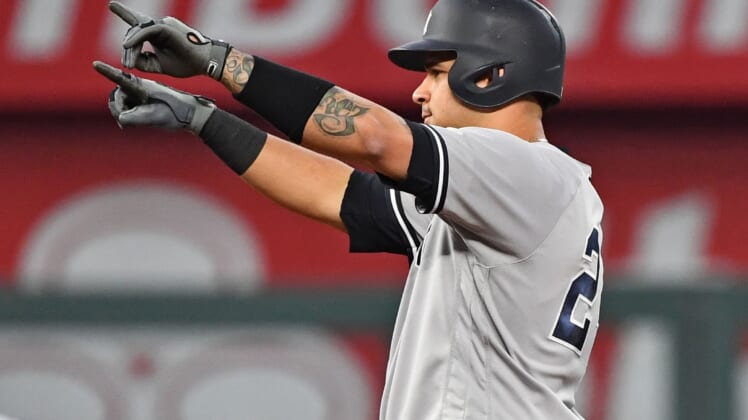 Following the homer, Sanchez had eight home runs and 16 RBI against Baltimore on the season. Only three Orioles sport numbers that prolific over the course of the entire season.

That really highlights how bad Baltimore is. Eight home runs is a decent home run total at this time of the year. Only 16 RBI, though, is a different story. That really shows how limited the team’s run producing opportunities have been.

As far as Sanchez goes, wow. That’s just a dominant stat line. All but two of the home runs he’s hit against the Orioles came in Baltimore.

That may be something for the birds to consider when Sanchez becomes a free agent. Camden Yards clearly suits him.