Gary Sanchez headed back to DL one day after controversial play 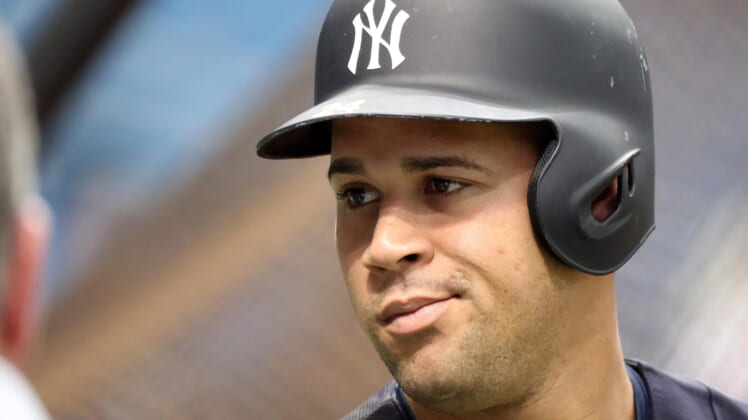 One day after not hustling on what ended up being a game-ending groundout, New York Yankees catcher Gary Sanchez is heading back to the DL.

Word is that Gary Sanchez is being placed on the disabled list. Had an MRI today, which confirmed an injury.

Monday’s game ended on a Sanchez groundout. When it appeared that the Tampa Bay Rays would force out Aaron Hicks at second to end the game, Sanchez didn’t hustle to first base. That became relevant when Hicks reached second safely. Then, Tampa still had plenty of time to get Sanchez at first, ending the game.

How the game ended with Gary Sanchez's at-bat ? pic.twitter.com/Y1P2BXb5Qk

Had Sanchez reached safely, the game would have been tied.

Prior to the DL announcement, Jon Heyman of Fancred noted that Sanchez likely hurt himself behind the plate in the first inning.

Word is, Gary Sanchez may have re-aggravated groin injury on first inning passed ball last night. He’s getting killed for “lazy” plays but perhaps this explains them. Was afraid to tell team initially because he dreads return to dl. Now will get treatment, try to avoid dl.

This would certainly explain the lack of hustle on the final play.

The controversy around this play is only making this season worse for Sanchez. He is now returning to the DL only days after being activated. When he’s been on the field, Sanchez has struggled, hitting .188/.283/.416.

So, even if Hicks had been retired at second to render Sanchez’s lack of hustle moot, the 2018 season would still be disastrous for New York’s catcher.