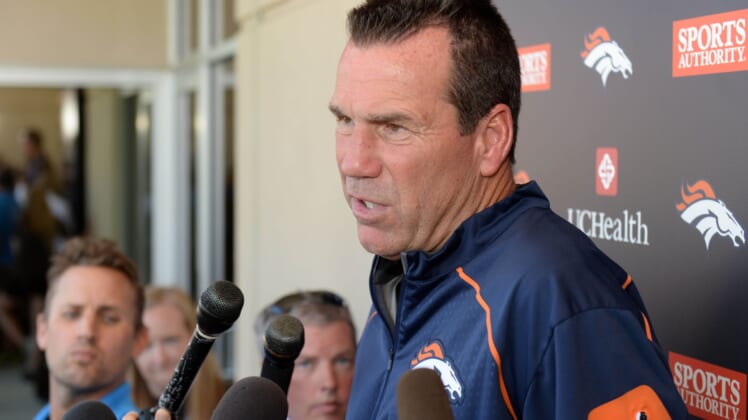 The Jacksonville Jaguars are reportedly set to interview Gary Kubiak for the vacant offensive coordinator position on Tuesday, according to Ian Rapoport of NFL Media.

As Rapoport noted, Kubiak is still under contract with the Denver Broncos. He’s been assisting with personnel evaluations but would be allowed out of that deal for a coaching job, per the report.

Kubiak was in line to take the same position in Denver after the Broncos hired former Chicago Bears defensive coordinator Vic Fangio to become the head coach. However, the team ultimately came to the conclusion that young blood and new ideas were needed and mutually agreed with Kubiak to take a different approach.

If the Jaguars did land Kubiak, it would be a big hire. He’s a former quarterback who played his entire career with the Broncos as the backup to John Elway. Since retiring as a player he has experienced plenty of success as a coach, winning four Super Bowls while working with the likes of Steve Young, Elway, Joe Flacco and Peyton Manning.

It’s unknown who will be under center for the Jaguars next year — it won’t be Blake Bortles, at least — but Kubiak’s quarterback-friendly offense, which also relies heavily on the run, should be a boon for that team if he is hired.