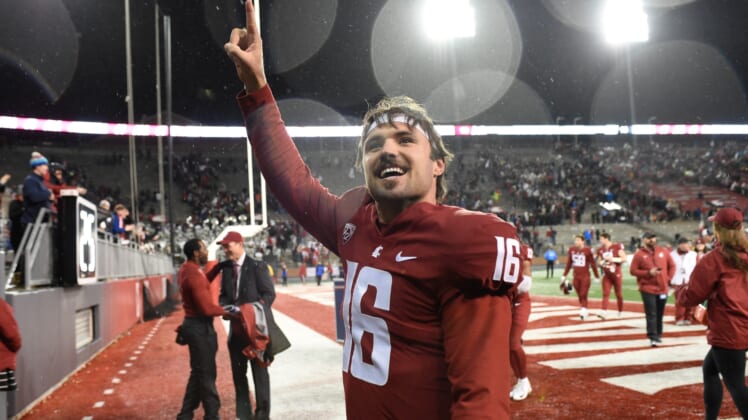 Washington State quarterback and Heisman candidate Gardner Minshew has captured the attention of the nation with his outstanding play this season.

He’s also made headlines for other reasons not quite having to do with football.

One thing he hasn’t done, however, is make any noise on social media. In fact, the last time Minshew tweeted anything was way back in June, and his last activity of any kind on the Twitter platform came back in July.

That all changed on Monday as Minshew broke his social media silence in a thank you post.

After being off social media during the season, I just want to say thank you to my teammates, coaches, and fans who have made this season so special. WSU has become home for me, and I couldn’t be more proud to be a Coug! #GoCougs

The senior quarterback transfer came to Pullman by way of East Carolina and has made himself quite at home in the Pacific Northwest. His signature mustache has morphed into the platform for his Heisman campaign, and fans have absolutely adored him this year.

Hopefully Minshew and the Cougs can finish off his collegiate career better than they finished their regular season. With a 10-2 record we should expect to see them land a New Year’s Six bowl bid.