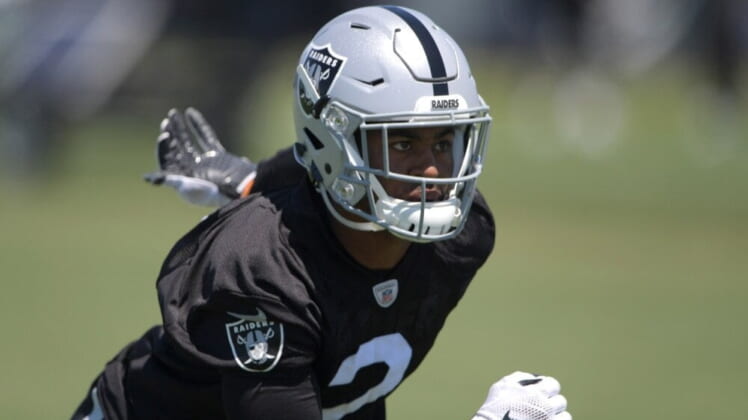 It’s been a tumultuous start for Oakland Raiders first round draft pick Gareon Conley. After being selected, and cleared of any criminal wrongdoing in a bogus sexual assault allegation, Conley has yet to take the field for the Silver and Black.

Slowed by a shin injury, the standout cornerback from Ohio State only recently returned to full practice. On the Raiders injury report, the gifted defensive back wasn’t given the normal probable, questionable, or doubtful designation. But he is expected to play against the Jets today.

“We’re excited to get a look,” Head Coach Jack Del Rio said at his press conference this week. “He’s obviously a talented young man. We really, really liked him coming out. He’s had a little bit of a setback because of some things that were beyond his control with the medical stuff. That’s cleaned up and he’s ready to roll now.”

First-round pick Gareon Conley will make his NFL debut Sunday. Here's what he said about that: pic.twitter.com/AmPgeyBcTP

It couldn’t come at a better time as the Raiders are dealing with an injury to Sean Smith, who is listed as questionable for today’s contest.

For Conley, it’s the long culmination of years of hard work – and an unexpected detour during training camp.

“To finally be able to come back out and be with my teammates feels really good,” Conley said this week. “I always want to play – it’s hard for me to sit out but I was just relying on the trainers and the coaches all working together to get me back on the field.”

For rookie Conley, it’s a good game to return as the Jets offense is anemic at best.

For Raider Nation, it should be a banner day including the return of their star rookie in the defensive backfield.

NOTE: Conley, who wore No. 2 during much of training camp, will officially wear jersey No. 22