Game balls and goat awards this week in sports

An unforgettable touchdown pass, the unstoppable Steph Curry and a cranky college football coach are a few of this week’s picks of the best and worst sports moments.

Here are this week’s game balls and goat awards.

If you thought the ending to the Browns-Ravens Monday Night Football game was crazy, the final seconds of Thursday night’s Lions-Packers matchup may have trumped it.

Trailing 23-20 on the last play of the game, Aaron Rodgers launched a spectacular 61-yard Hail Mary touchdown pass to Richard Rodgers, capping off a stunning 20-point comeback in the second half. A face mask penalty by the Lions on the previous play gave Green Bay another chance, since time had already expired.

This is how one of the craziest finishes in NFL history went down. #GBvsDET https://t.co/01AamoDd8J

Aaron threw for 273 yards and two Td’s, while Richard caught eight passes for 146 yards. The win moved the Packers’ record to 8-4 and avoided a season sweep by Detroit.

The Hail Mary traveled nearly 70 yards in the air before Richard caught it four yards deep in the end zone. Aaron called the game and the pass the most amazing of his life. That’s one video he’ll probably never get tired of watching. 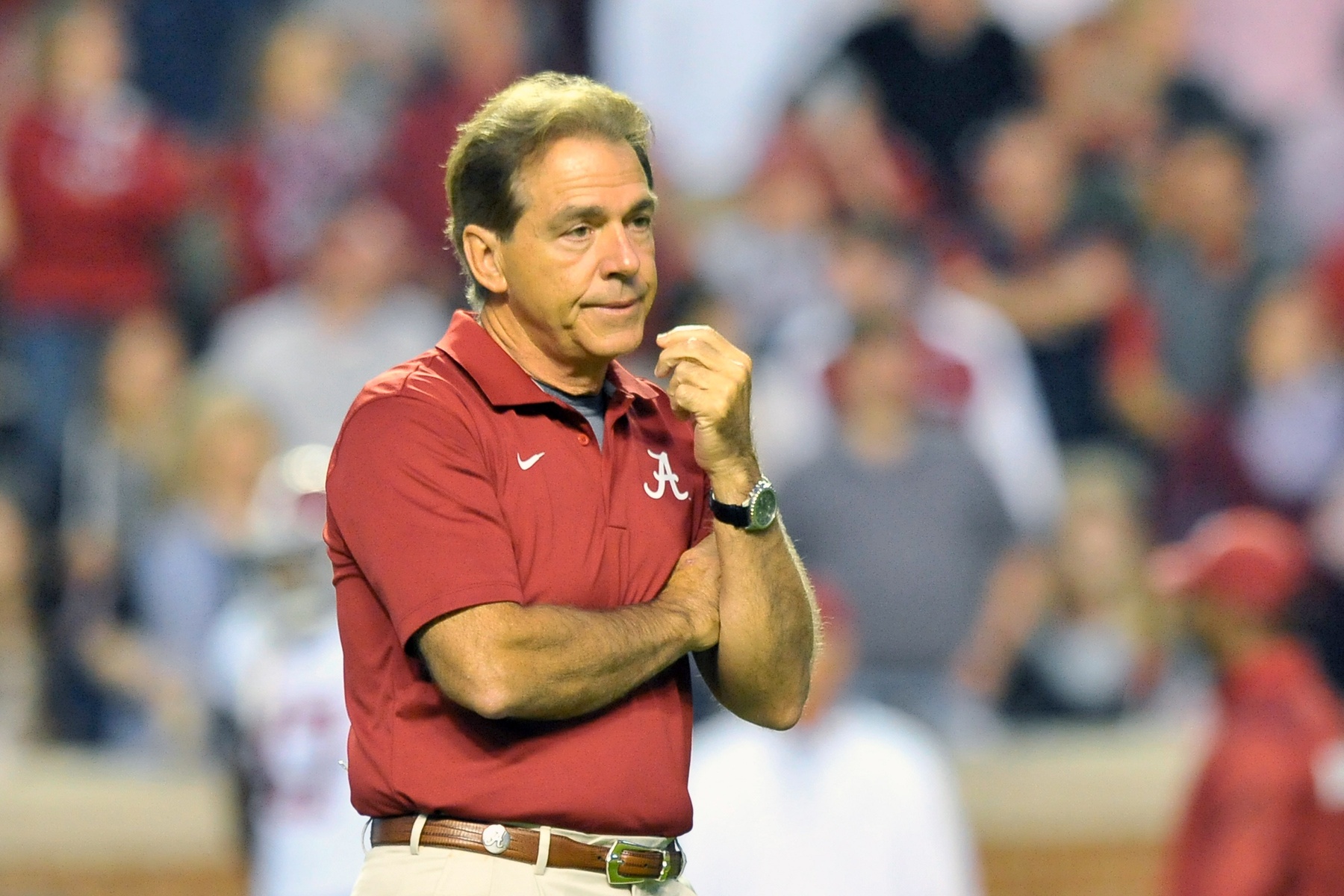 That’s right — the coach of No. 2-ranked Crimson Tide has made the goat list for once again popping off at his weekly presser.

After being asked several questions about defensive coordinator Kirby Smart being named head coach at Georgia, Saban refused to answer, and instead referenced a soda bottle.

“You all speculate and create things, and then you want people to respond to it,” Saban said. “Get this bottle to respond to it because I don’t know anything more than that. I told you everything I know, so you can ask the bottle, but don’t ask me.”

This isn’t the first time Saban has been testy with the media. He’s had several profanity-laced tirades and rants over the years, including one in early October after a reporter asked him how he kept his players dialed in with so much attention the program gets.

It’s true members of the media can be annoying, and Saban has never been accused of being a saint. But imagine what he would be like if the Crimson Tide lost three or four games. Shudder!

Is this guy even human?

All he’s done is average 31.6 points per game, including four 40-plus scoring performances, leading defending champion Golden State to a perfect record through the season’s first 19 games. He was the easy choice for NBA Western Conference Player of the Month.

Steph Curry was the driving force behind the Warriors' 19-0 start & named KIA Western Conference Player of the Monthhttps://t.co/njFE8L2CXU

If he keeps this up, the league may have to put a cap on how many awards he can win.

You can’t get much lower than the 76ers these days. They’ve lost 19 of their first 20 games, virtually assuring themselves of another embarrassing season. Now, they’ve had to hire a professional babysitter for their star rookie center, Jahlil Okafor.

The 19-year-old first-round pick from Duke has put himself in several potentially harmful situations the past couple of months. He got in a fight outside a Boston nightclub last week, had a gun pointed at him during an argument in a Philadelphia club in October, and was charged with reckless driving in October after going over 100 mph on a Philadelphia bridge.

Okafor has played well, leading all rookies with a 17.2 scoring average. But 19 is a young age to be playing on a professional level, especially when you’re losing. It’s not unusual for a team to hire security for a player, but it’s the reasons why he needs one that are concerning. But this is just another chapter in a sad story of the worst team in the NBA.

If you want a lesson in being ready for your big chance when it comes along, look no further than Brock Osweiler.

When Peyton Manning went down with injuries to his foot and ribs, Osweiler became the focus of national attention. In his first career start, the second-round pick out of Arizona State in 2012 threw for 250 yards, two touchdowns and no interceptions in a Nov. 22 win over the Chicago Bears. 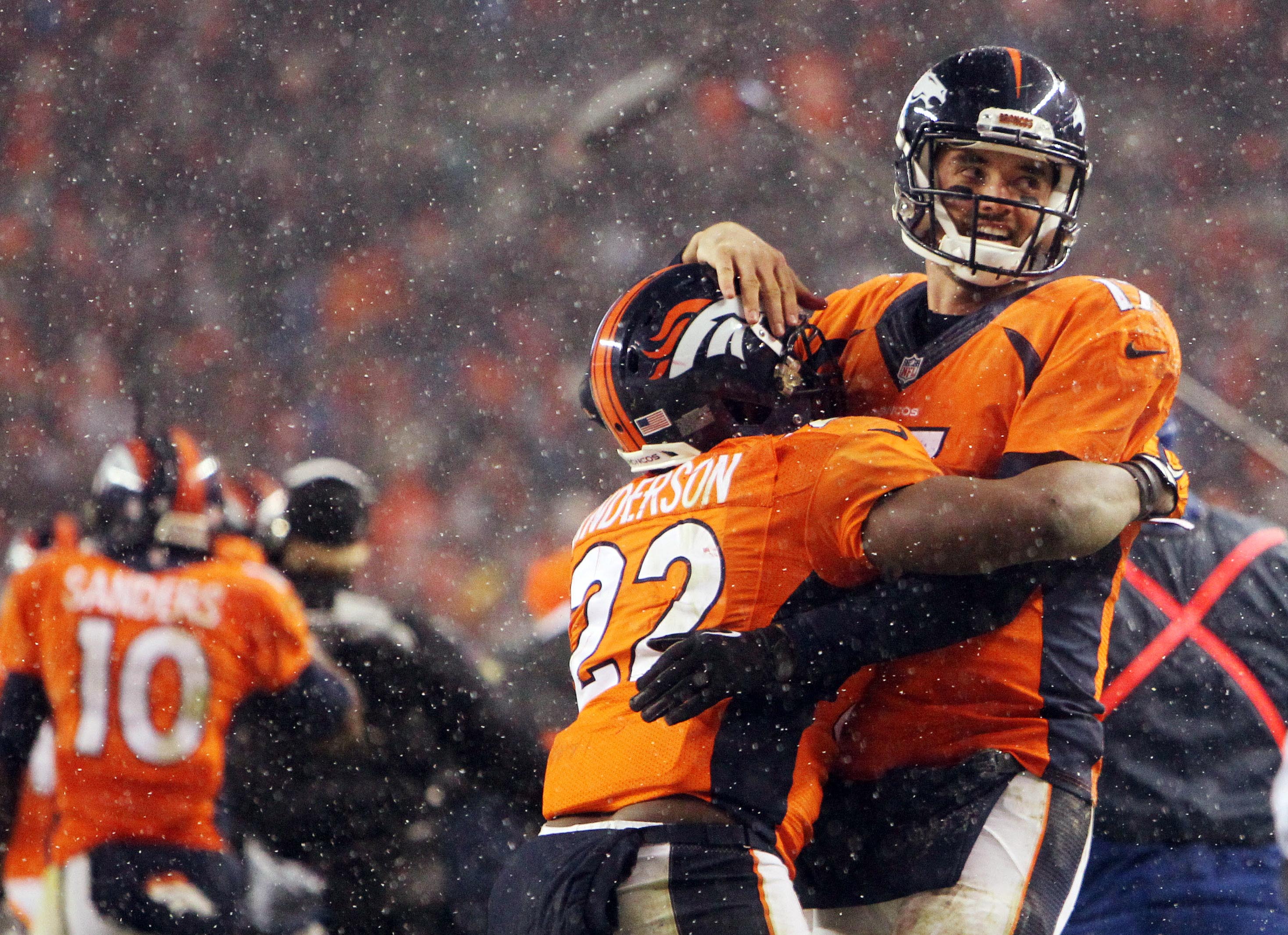 Then last Sunday night he handed Tom Brady and the New England Patriots their first loss, engineering a fourth-quarter comeback to win the game 30-24 in overtime.

Osweiler has won over his teammates and coaches with his take-charge attitude and poise under pressure. He’s even taking advice from Manning. A great quarterback is not born in two games, but if the Broncos continue to win with him under center, Manning may not get into another game, even if he does become healthy enough.

The Cougar basketball freshman didn’t take too kindly to his team being down 19 points to Utah Wednesday night. With two minutes left in the game, Emery sucker-punched the Utes’ Brandon Taylor in the face. He was called for a flagrant 2 foul and ejected.

After the game, Emery stared Taylor down and even cursed him. A suspension was certainly in order, and the school obliged. Emery should probably consider getting a punching bag if he can’t keep his hands to himself. 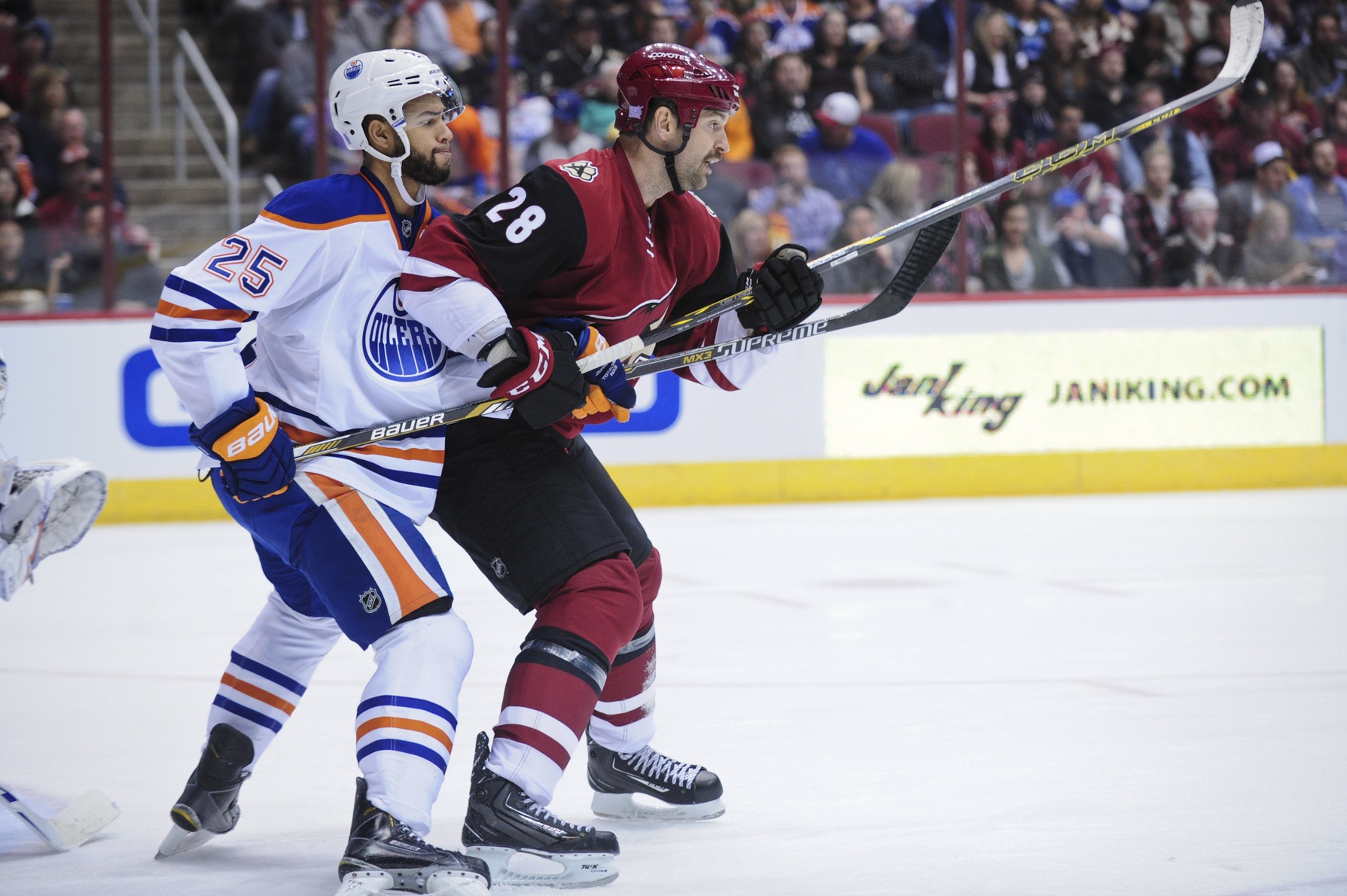 If you were planning to vote for John Scott to play in the NHL’s new 3-on-3 All-Star event, please don’t.

The Coyotes enforcer, who has played in just six games and less than 40 minutes of action this season, is one of the top vote-getters in the first week of fan balloting. The league is switching to a new 3-on-3 format featuring three mini-games and four teams. The fans can choose the captain for each team, while the NHL picks the remaining players.

In a statement released through the Coyotes, Scott asked the fans to please use their votes toward some of his more deserving teammates, such as defenseman Oliver Ekman-Larsson, or rookies Anthony Duclair and Max Domi.

Scott has an outgoing, fun personality that makes him popular among Coyote fans. It’s hard to tell whether that’s the reason for all the All-Star love, or whether fans are just joking around, but Scott is more than happy to let someone else have the honor.

In a Tuesday night win over the Ottawa Senators, Flyers defenseman Radko Gudas delivered an illegal check to the head of Senators forward Mika Zibanejad.

Philadelphia’s Radko Gudas has been suspended 3 games for an illegal check to the head of Ottawa’s Mika Zibanejad. https://t.co/OCi5wVWVwX

The hit came late in the third period, and Gudas was not called for a penalty. But the NHL wasted little time in sitting him down for three games without pay. It’s the first time he’s been suspended during his four-year NHL career.

To no one’s surprise, Gudas disagrees with the decision. But according to the league’s ruling, Zibanejad’s head was the intended point of contact, and the hit could have been avoided.

Zibanejad was injured on the play, so it’s puzzling the referee didn’t call a penalty. At least the NHL did the right thing by sitting Gudas down.